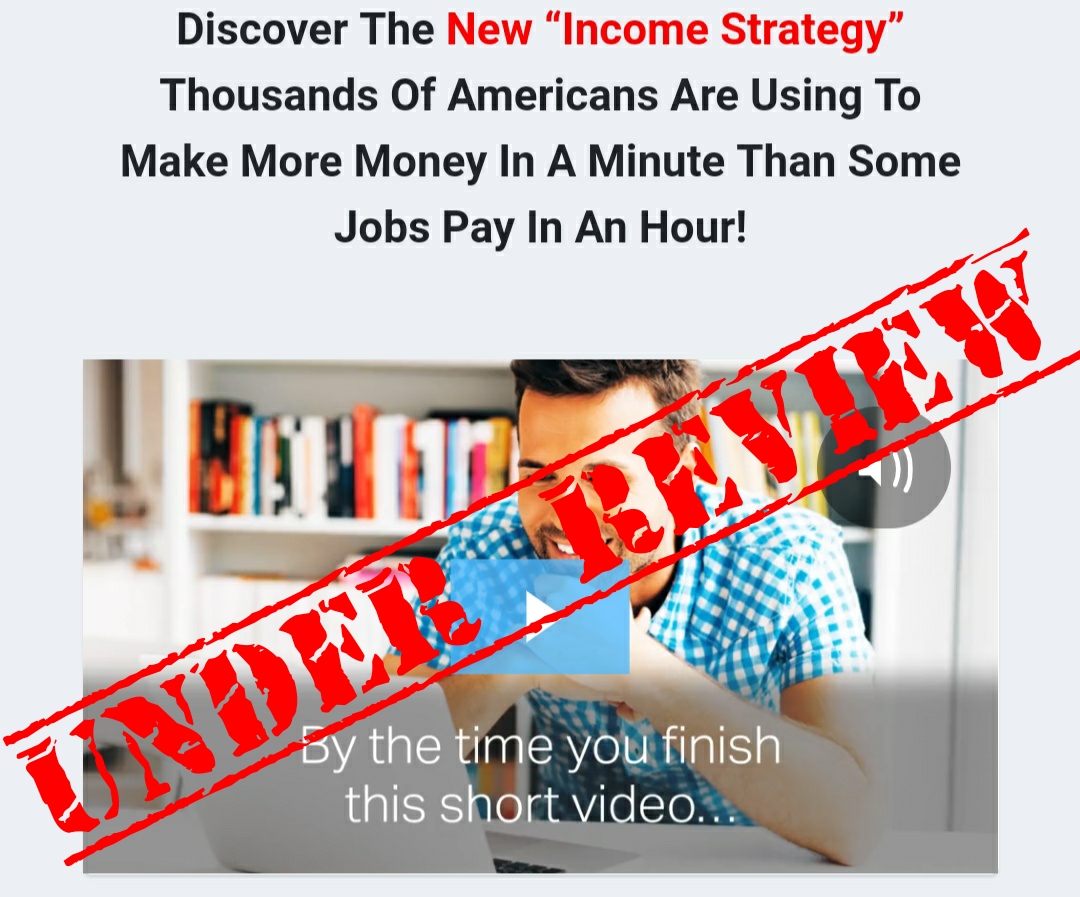 It’s likely that you have come across Amazing Rapid Cash through an email list, on social media or got it recommended by a friend or family member.

First and foremost I must commend you for actually doing a bit of extra research before committing to purchasing or joining Amazing Rapid Cash. For all you could have known, Amazing Rapid Cash may very well be a scam and rob you of your money so this review could help you find anything peculiar about it.

To be totally transparent with you I haven’t used Amazing Rapid Cash so I can assure you that I will not attempt to sell you on it unless of course it’s worth investing in.

What I will aim to do is provide you with an unbiased 3rd party review of Amazing Rapid Cash that will hopefully help you to make the correct decision in the end.

SUMMARY: I personally do think that ARC is a scam even though technically you do get a product on the other end of the package, the plethora of red flags it displays beforehand just doesn’t make joining ARC or my ecom club very appealing in my eyes.

The overhyped and unrealistic claims, the fake testimonials, the very expensive starting costs as well as the expensive up sells that you’d be bombarded with if you were to join ARC and the fact that this isn’t the first landing page I’ve seen online pointing towards My Ecom Club makes ARC a pretty untrustworthy product and at the very least a borderline scam.

That’s why I personally suggest you stay away from this course and look elsewhere if you want to learn how to make money through ecommerce.

WHAT IS AMAZING RAPID CASH?

The moment that I landed on ARC’s landing page it instantly reminded me of the sales pages of some very low quality or scam like products I’ve reviewed in the past and the headline stating how an 8 year old is raking in $1k a day really added to my skepticism.

So within my first impressions not only did ARC claim that it was super easy to make money with it (this is implied by the use of the 8 year old girl headline) but, it also makes it seem like you can get rich quick through whatever this method is.

Of course, I didn’t want to judge it without seeing the sales pitch which is why I decided to dig a little deeper into everything else to see if it actually turned out to be better than I initially thought.

The spokesperson within the sales page claims to be a guy named John Roberts, which is also stated to be a pen name so it’s really just a mask to hide himself. Anyways the sales video basically says what a typical scam like video would say, by saying that the system ARC uses is very easy and has generated multiple millionaires and it can do the same for you.

Something that instantly struck me as a red flag were the testimonials used. Well, the reason why they stuck out to me was because they were identical testimonials ones I’ve seen within other shady products I’ve reviewed of through which I found out they were fake (I’ll show you proof a little later in the review).

After showing you the monetary potential, John goes on to explain his rags to riches story.

He talks about how he used to work 60 hours in a deli and could barely make ends meet but, in church one day he overhead people taking about a 14 year old kid who was making good money through a specific system. So, John decided to try out this method and low and behold, it started generating him money.

In fact in one afternoon after creating his first web page, John managed to make $213. At this point you’re probably wondering what his method of making money is right?

It’s actually something very popular in the online space called ecommerce or dropshipping and truth be told, it is a genuine way to make money online but, to me, ARC doesn’t seem like the best place to learn it from and within the rest of the review I’ll explain to you why I think this.

Which is why I believe I have a solid grasp on what makes a good or a  bad product.

HOW DOES AMAZING RAPID CASH WORK?

The truth is that ARC is actually just a landing page for another product called My Ecom club. What this means is that ARC isn’t the only landing page that’s on offer, in fact I’ve reviewed multiple landing pages like the one ARC shows which all redirect you to My ecom club once you’ve put in your details.

Also all of these other landing pages used a different name too, the spokesperson in those landing pages was Teo Vee and not this fake pen name in John Roberts.

As you know, the basic premise behind ARC is ecommerce or dropshipping which is basically where you create your own website based around a particular niche like fox bracelets, wolf mugs etc, build a shopify store around your chosen niche, source products from third party retailers, advertise your store and hopefully sell your sourced products at a higher price.

By doing so you should be able to make profits without needing to stock purchase products in bulk or even deal with storage or delivery. However, it definitely isn’t as easy as John claims it to be.

Dropshipping requires you to learn quite a lot of things as well as spend a fair bit of money to get the ball rolling, it’s far from an being opportunity that’ll make you money quickly.

There’s this misconception out there which coats online money making opportunities as quick and easy to accomplish but, besides the smaller start up costs and significantly smaller barriers towards pursuing them, online and offline businesses are very much the same, as in you need to put in the work to see results.

I’ve reviewed multiple products that redirect to My ecom club so I know that the front end package is far from the only package that you’ll be sold on.

Infact the upsells consist of multiple $1k+ upsells so do expect to be shown them if for some reason you decide to spend that initial $97 and join my ecom club.

WHO IS AMAZING RAPID CASH FOR?

I personally don’t think it’s something that you should look into joining mostly because it shows off multiple red flags such as the overhyped nature of it, the fake testimonials etc.

Of course I know that ecommerce is a legitimate way of making money online and with the right training which is also at a pretty reasonable price, it wouldn’t be the worst thing to invest in a course and learn this skill.

However, ARC is not very reasonably priced and it’s a product that’s been exposed many times by myself and others which is why I don’t believe ARC is for anyone at all.

The sales page makes a lot of unrealistic claims, even suggesting that an 8 year old girl was able to make $1k a day or how it’s easy to set up and go with ARC.

Although it can be possible later down the line, the average person won’t just be able to make $213 like John did by creating one web page. You’ve got to understand that Google and websites need to be a lot more sophisticated and require that you invest a lot more time into a business before it starts paying off.

The testimonials and the sob story add to the overhyped nature of ARC. This tactic is something that is commonly used in products like this and although I don’t believe ARC is the worst of culprits using it, the sale page is still overhyped enough for me to consider it a red flag here.

The truth is that the testimonials used are fake and actually just individuals from fiverr who have been paid to read a script and essentially put on a show so that naive customers might buy into ARC because it appears to have some social proof. 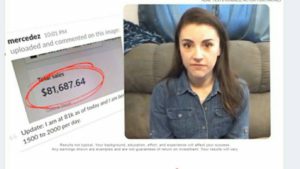 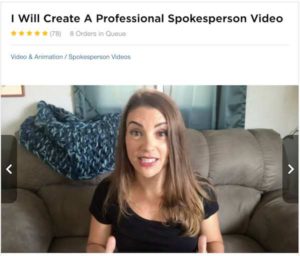 This is a very big red flag in my opinion so, if you weren’t skeptical about ARC already, this red flag is what should probably seal the deal for you.

It’s Just Another Landing Page Pointing To My Ecom Club

ARC is far from being the first My ecom club landing page that I’ve come across. A few other ones I’ve seen and reviewed include online innovations, broke dishwasher, ecom freedom blueprint and ecom cash code.

The fact that there are multiple different landing pages with different names implies to me that Teo Vee or “John Roberts” knows that My ecom club has a bunch of bad reviews therefore, by having multiple paths to it he can probably get more customers in the end.

It should go without saying that this is a pretty big red flag and a very legitimate reason as to why you should consider skipping out on ARC.

Ecommerce Is A Legitimate Business Opportunity

The only thing that I can concretely say is good about ARC is that it aims to teach you a legit way to make money online. Besides that, it falls short in pretty much everything else.

IS AMAZING RAPID CASH A SCAM?

I personally do think that ARC is a scam even though technically you do get a product on the other end of the package, the plethora of red flags it displays beforehand just doesn’t make joining ARC or my ecom club very appealing in my eyes.

The overhyped and unrealistic claims, the fake testimonials, the very expensive starting costs as well as the expensive up sells that you’d be bombarded with if you were to join ARC and the fact that this isn’t the first landing page I’ve seen online pointing towards My Ecom Club makes ARC a pretty untrustworthy product and at the very least a borderline scam.

That’s why I personally suggest you stay away from this course and look elsewhere if you want to learn how to make money through ecommerce.