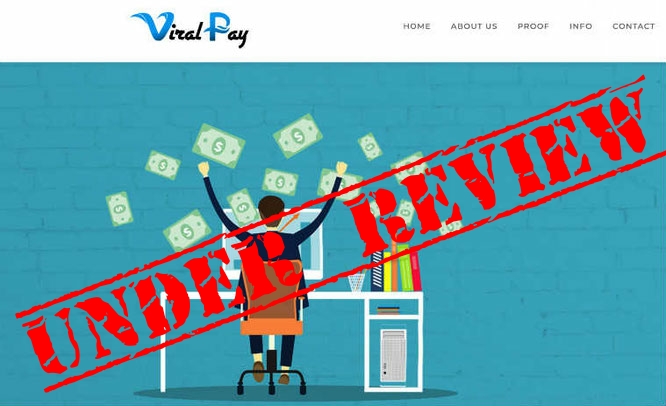 Welcome to my Viral Pay review!

It’s likely that you have come across Viral Pay through an email list, on social media or got it recommended by a friend or family member.

First and foremost I must commend you for actually doing a bit of extra research before committing to purchasing or joining Viral Pay. For all you could have known, Viral Pay may very well be a scam and rob you of your money so this review could help you find anything peculiar about it.

To be totally transparent with you I haven’t used Viral Pay so I can assure you that I will not attempt to sell you on it unless of course it’s worth investing in.

What I will aim to do is provide you with an unbiased 3rd party review of Viral Pay that will hopefully help you to make the correct decision in the end.

SUMMARY: Yes I do believe that Viral Pay is 100% a scam and there are quite a few red flags that it shows which proves this.

The overhyped and unrealistic claims, the fake testimonials, the fact that it’s essentially using the same model as other GPT scams I’ve reviewed and have been exposed and the biggest red flag of all, It being a data harvesting scam are all big reasons as to why absolutely everyone must avoid joining or recommending people to join VP.

WHAT IS VIRAL PAY?

From the looks of it, Viral Pay appears to be a get paid to site where you can make money by signing up yourself, having other people sign up to VP through your refferal links or complete other tasks in the members area however, I’ve reviewed a few scams like this one so, I can almost certainly assure you that VP isn’t reliable.

Firstly you’ve got to know that VP is free to join yet for some reason they offer you a $25 sign up bonus. Does that even make any sense, it’s almost like the company is paying you, a bit too much, just to sign up. Moreover, the sales page even claims you can make $500 today if you join… 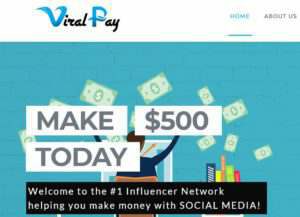 This sounds very much like a get a rich quick scheme to me, I mean come on how likely is it that you’ll make $500 a day as a newbie, even legitimate courses don’t even say you can make $500 the day you start so the fact something that’s essentially free get paid to site like VP claims it to be possible is a major red flag in my opinion.

I’ve reviewed quite a few scams and legitimate products on this website such as :

Which is why I believe I have a solid grasp on what makes a good or a bad product.

HOW DOES VIRAL PAY WORK?

The manner in which VP works is that it wants you to bring in new people and by doing this you can earn $10 for every sign up.

Although it does seem ridiculous to see a website, a free to join one, that offers you a big payout the moment you start, VP claims that the reason why they’re able to pay out as much as they can is because of the ad revenue and sponsorship money that they receive.

However, I’ve got to burst your bubble here, to put it bluntly VP definitely will not deliver on their promises of paying you. The products which I’ve reviewed that were similar to VP also had a huge threshold before you could get paid out, being at $500 or arounds about that region…

I don’t know about you but to me that’s a pretty clear sign that you won’t be paid out because no legitimate GPT site that I’ve reviewed ever has had a threshold as large as that. This of course really doesn’t make VP seem all that reliable a source to trust.

In reality the scam that’s being used by VP is something that’s quite dangerous and is known as a data harvesting scam.

Essentially what this is, is a scam where the owners of a website sell your details to third parties and what these third parties may potentially do is use your password and email from VP to access some of your important information and online accounts.

The reason why this information could be very dangerous is because most people tend to use the same password for everything they sign up to.

So if you’ve used the same password for VP or if you’re one of these individuals who’ve got others to sign up through your refferal link already, I would highly recommend that you change your password and tell your refferal to do the same.

WHO IS VIRAL PAY FOR?

VP is something that I believe absolutely no one should join because of all the red flags it displays and most importantly because of the fact it’s not a legitimate GPT site but more so a data harvesting Scam.

Nothing that you find within the sign up page is worth trusting, even the testimonials that they show and use are also untrustworthy because they’re fake (I’ll prove this to you down below).

All in all I don’t think that VP is something for anyone whatsoever, I believe that everyone should skip out on it.

The sign up page definitely overhypes the potential of VP especially when you consider that it’s a survey/ get paid to site which is free to join. It’s pretty evident to me that VP is trying to market itself as a get rich quick scheme.

As you can see from the image above, VP even states that it’s super popular having around 65k members and it shows how they’ve paid out $20 million since they’ve started.

This is actually very suspicious to me because the website itself has barely been out for 2 months so, in my perspective anything and everything VP claims to be possible through their systems is highly unlikely to be true and is most likely to just be impossible.

There’s a section within the sign up page where VP shows some testimonials to prove its legitimacy however, the truth is that the testimonials shown are just from people who VP have paid to read a script from fiverr. 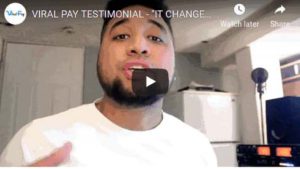 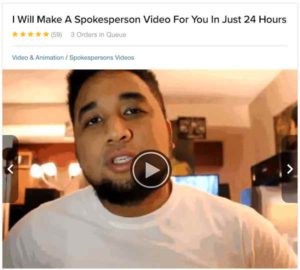 This says a lot about the legitimacy of the company as in, it’s not legitimate at all therefore, it means that you definitely shouldn’t spend your time or resources trying to promote VP because it’s unlikely you’ll be able to make any kind of money through it.

The truth is that VP is a data harvesting scam where they basically sell your details to third parties for money. If you think about it, the reason why their payout threshold is so high is because VP wants you to bring in as many people as you can so their email lost increases in order to sell more details and so on.

Even though whenever you bring a new member in, your dashboard shows you’re making money, the truth is that you’ll never be paid out.

The reason why the threshold is at $500 or somewhere around that amount is so that you can continue to bring in at least another 30 or 40 people.

Even when you sign up you’ll be given $25, which most people would psychologically want to cash out because to them, it appears as if it’s their money therefore, these people would fall in to VP’s scheme and bring in more data for them to harvest, sell the data to third parties and potentially have these third parties steal your identity (to an extent).

This is a major red flag and a  big reason as to why you absolutely must not join or recommend people to join VP.

It’s A Rehash Of Other Similar Scams

Lastly, this is a scam that I’ve actually reviewed and exposed on this website before, there’s actually 2 very similar ones I’ve reviewed, one called kids Earn Cash and another named Notion Cash. Both of these pretty much use the exact same model with the $25 sign up bonus and $10 for every person you refer.

Of course they also claim some ridiculous monetary potential for potential members as well where they say the same BS regarding making $500 a day or the day you start.

So obviously, this is another major red flag to take note of.

I honestly don’t think there’s anything good to say bout VP whatsoever, I guess it’s web page design is pretty decent but besides the aesthetic elements, VP has absolutely nothing going for it.

IS VIRAL PAY A SCAM?

Yes I do belive that Viral Pay is 100% a scam and there are quite a few red flags which proves this.

The overhyped and unrealistic claims, the fake testimonials, the fact that it’s essentially using the same model as other GPT scams I’ve reviewed and have exposed and the biggest red flag of them all which involves VP being a data harvesting scam, are all big reasons as to why you absolutely must avoid joining or recommending people to join this scam.