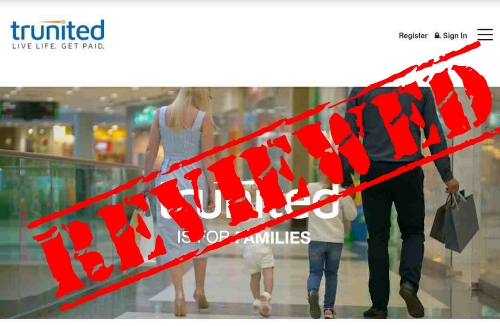 Welcome to my Trunited review!

It’s likely that you have come across Trunited through an email list, on social media or got it recommended by a friend or family member.

First and foremost I must commend you for actually doing a bit of extra research before committing to purchasing or joining Trunited. For all you could have known, Trunited may very well be a scam and rob you of your money so this review could help you find anything peculiar about it.

To be totally transparent with you I haven’t used Trunited so I can assure you that I will not attempt to sell you on it unless of course it’s worth investing in.

What I will aim to do is provide you with an unbiased 3rd party review of Trunited that will hopefully help you to make the correct decision in the end.

SUMMARY: No Trunited is not a scam, besides a couple minor negatives I have with it such as the fact it is only USA based and the somewhat confusing affiliate program that asks you to jump trough many hoops to activate, I’d say that it’s a pretty solid GPT site to join.

The fact it’s free to join, the discounts that are offered to members, the credibility it brings due to partnering up with some well known brands such as Walmart and 21 forever as well as having a pretty lucrative affilate program, Trunited does have a fair few reasons why you should consider joining.

Personally I don’t think it’s a bad decision at all to join Trunited so, if you want to make an extra bit of cash on the side you should give it a shot. 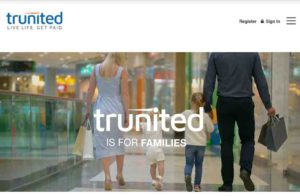 Trunited is online shopping place where you can get discounts  perks and money back from buying or shopping from any of their partnered companies.

The company itself was founded by Dr Nicolas Porter in 2015 but went live 2016. It’s based in Scotsdale Arizona and operates everyday of the year 24 hours a week.

I’ve reviewed quite a few money making opportunities on this website such as :

Which is why I think I have a solid grasp on what makes a good or a bad product.

Trunited is a company that’s partnered up with a bunch online retailers, I believe it’s around 400 or so, and these retailers pay Trunited for every person that they refer to shop with them.

It is with these commissions from Trunited’s partnered brands and retailers that Trunited can pay members. The payment is done through their points system which is outlined in their pay plan 360 program.

The pay plan 360 program functions pretty similarly to a MLM kind of business model as in you get paid for referring an individual and percentages of how many points they generate as well as the points gnereated by your whole network.

This means that you’ll also get a percentage of the purchases made by your direct downline’s referrals although this doesn’t mean you can earn in this way infinitely, as is the case real MLM’s there is a limitation to how many levels you can earn from.

As for how Trunited calculate the amount of money you’ll make through their commission/referal system, they use an algorithm to compute for your earnings, which will be proportional to how much money you, your referrals, and the network generates.

The amount of points you generate will also be dependant on the brand you and your network shop through so, the brands that pay higher commission will result in you making more points for any purchases you make and ultimately help you cash those points out a lot faster.

After signing up and becoming a  member and getting to grips with how to make money with the program, I’m sure you’re probably wondering how exactly do you join their high potential affiliate program right? Well, the actions that you need to do in order to be eligible for the affiliate program include :

Once these actions have been met, you should be able to make money through their points sysyem but, if you’re struggling to fully grasp how the system works, just check out the video below.

Trunited is something that anyone who does a lot of shopping should shop through , especially if the brands they shop for are one of Trunited’s partners. By doing so, members can make a bit more cash for essentially doing what they were doing anyways.

If you’re able to meet the minimum criteria for the affiliate program, the pay plan 360 program is also fairly lucrative and has potential to be very scalable so, if you’re able to reach out to a larger audience somehow and sign up a lot of people under you, there’s a lot potential here for you to make some good income if not at the very least a side income.

The Affiliate Program Requires You To Jump Through Hoops

One thing some people may find problamatic is that the affiliate program requires you to jump through some hoops just so you can get access to it.

Although it’s not as bad as it could be because Trunited is free to join afterall, it is a minor issue with what’s offered so I think it’s atleast worth mentioning and claiming as a somewhat negative.

Only Available in USA

The biggest issue with the program is that it’s USA only so that cuts off a lot of people. So yeah, if you don’t live in the United States of America, Trunited definitely isn’t going to benefit you in your money making endeavours

The fact it’s free to join is obviously a good point meaning there’s literally no risks you’ll need to take just to get access to its offers.

You Can Get Discounts Through Trunited

Something that adds quite a lot to its credibility is the fact that it’s partnered with very well known brands some of which include :

Trunited has partnered with 400+ different companies and brands so I’m sure there will be a couple partners that you shop at so shopping using trunited can be beneficial for you.

The Affiliate Program Can Be Lucrative

The affiliate program that they offer also seems to have a fair bit of potential too and although it uses a similar structure to a MLM, which may trigger some red flags for some of you, it’s not all bad for trunited because unlike most MLM you’re not forced to purchase anything just to stay active.

Of course there are still a few hoops that you’ll need to jump through but, they’re not really anything like the monthly autoship fee that network companies tend to charge so it’s not too bad in Trunited’s case.

Infact I’d say it’s a pretty solid affiliate program and of course I also think that there’s a lot of potential in it due to the well known brands that add credibility for anyone that may be interested in joining.

No Trunited is not a scam, besides a couple minor negative I have with it such as the fact it is only USA based and the somewhat confusing and affiliate program that asks you to jump trough hoops to activate, I’d say that it’s a pretty solid GPT site to join.

The fact it’s free to join, the discounts that are offered to members, the credibility brings due to partnering up with some well known brands such as Walmart and 21 forever as well as having a pretty lucrative affilate program, Trunited does have a fair few reasons why you should consider joining.

No personally I don’t think it’s a bad choice at all to join Trunited if you want to make an extra bit of cash on the side.