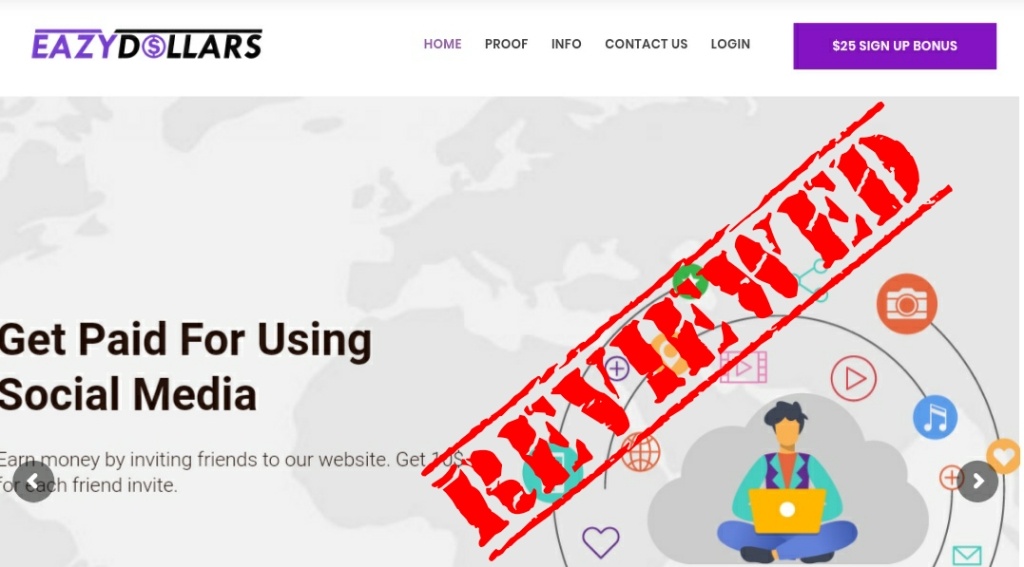 Welcome to my Eazydollars.co review!

It’s likely that you have come across Eazydollars.co through an email list, on social media or got it recommended by a friend or family member.

First and foremost I must commend you for actually doing a bit of extra research before committing to purchasing or joining Eazydollars.co. For all you could have known, Eazydollars.co may very well be a scam and rob you of your money so this review could help you find anything peculiar about it.

To be totally transparent with you I haven’t used Eazydollars.co so I can assure you that I will not attempt to sell you on it unless of course it’s worth investing in.

What I will aim to do is provide you with an unbiased 3rd party review of Eazydollars.co that will hopefully help you to make the correct decision in the end.

SUMMARY: I’m pretty sure that ED is a scam and there are a bunch of reasons that point to why I believe this to be the case.

The overhyped and unrealistic claims being made, the lack of any owner actually showing up and the issue of it essentially being a rehashed version of so many other data harvesting schemes that I’ve exposed, makes it hard for me to consider ED as anything but a scam. 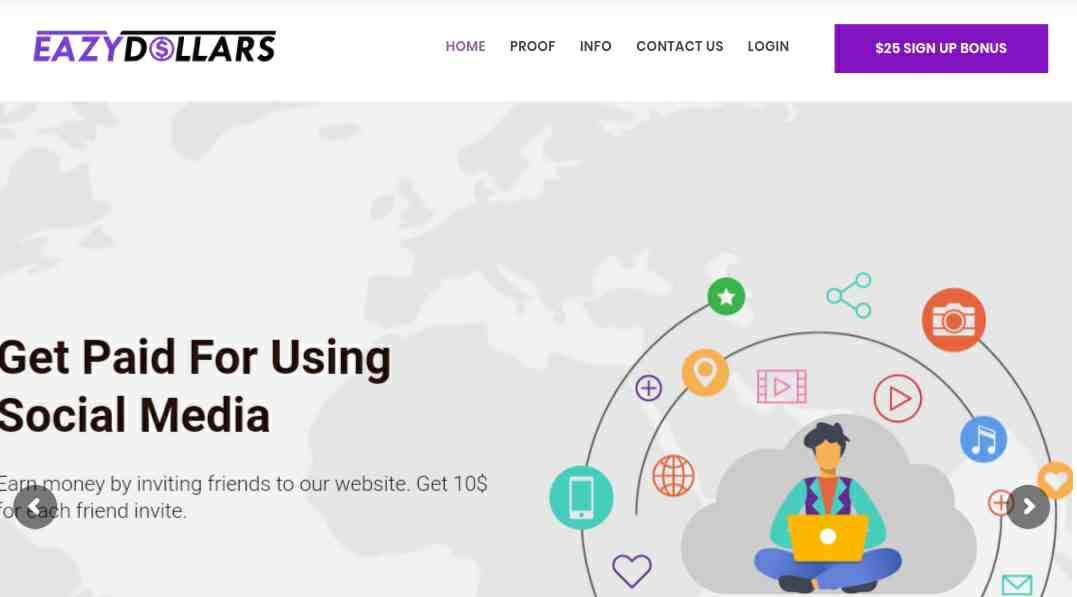 ED is a GPT site that claims you can make $10 for every referral you bring and claims to have over 250k members and paid out $55m since its beginning.

Now keep in mind that this is also a free to join system and somehow it’s paid out soo much money. In fact there’s even “testimonials” within the sign up page which show people having made $20k in less than a year with this “free to join” site.

Even though the claims ED makes are enticing to the less informed individuals out there, I can tell you that I know it won’t live upto any of the hype it displays because it’s a scheme that I’ve exposed tens of times at this point and know that in reality, ED is a data harvesting scheme and not a legitimate GPT website.

I’ve also reviewed well over 100 products at this point on this website, such as ::

HOW DOES EAZYDOLLARS.CO WORK?

ED works only in the undisclosed owners favour because you won’t make any money through it if you did decide to join it.

This is because it’s a data harvesting scheme and not a genuine GPT system. Think about it for a second, how many GPT sites do you know which pay out $10 per referral and tend to honour these figures and pay you out in the end?

None right, another thing to note is regarding the threshold rate for ED, although the threshold wasn’t shown within the sign up page, according to the other similar systems, the threshold seems to range between $150 – $300 which will also be another factor contributing to ED not looking very credible.

A normal survey or GPT systems tend to have thresholds around the $20 – $30 range so the threshold being so high comes off as very unrealistic. Furthermore these other sites also tend to not pay around $30 for completing a single task too…

Even though ED claims to work with big brands like Mcdonald and Wendy’s and state that they’re able to pay you soo much because of the money they receive from those brands and ads, it just doesn’t seem all that reasonable to believe ED are being honest in the slightest.

This is why I don’t believe ED is a very trustworthy site to share your data with. if you did for some reason sign up, you may see your dashboard show your $25 sign up bonus but, in reality you’ll never be able to cash it out.

In truth, ED will likely use your data as a way to spam your email address with affiliate offers so that they can maybe make a bit of extra cash from some members and sell your data of to third parties who’ll do the same thing as well.

Either way, it just doesn’t seem like something worth joining if you’re looking to seriously make money online.

WHO IS EAZYDOLLARS.CO FOR?

ED isn’t a system that anyone should join because it has a lot of major red flags present. This includes it being essentially a rehash of multiple other systems and a few other red flag like elements (I’ll explain them in a bit).

So, if you’re looking to make money legitimately online, you’re better off looking at other opportunities, one example being the one offered by my #1 recommended system.

The overhyped claims of you making $10 per referral or others making $20k with ED just doesn’t add up to me and the reason why is due to the fact no GPT site could legitimately afford to pay members such high amounts through just a free to join system.

Furthermore, the stats of there being 250k memebers and having paid out $55m also doesn’t add up due to how old the website is.

As you can see above, the domain age is actually only a few months old meaning that the stats being displayed are in fact false so, considering this fact how likely do you think it is that ED will genuinely pay out its memebers?

I’d say that the liklihood is pretty much zero and the use of overhyped claims just adds to the narrative of Ed not being trustworthy at all.

As mentioned above, ED has got a data harvesting scheme in place meaning the real purpose behind the website is to harvest your data and spam you with junk mail along with selling it of to third parties to make the owners more money.

One thing that I’m sure of is that you definitely won’t be make hundreds to thousands of dollars with ED.

It’s A Rehash Of Other Similar Systems I’ve Exposed

ED is one of many similar systems I’ve reviewed and exposed therefore, it’s obviously not going to be a legitimate make money opportunity. These other systems include UrbanSurMoney, kids have money, paid4clout, Cashload.net and there are literally another 20 or so variations of this scam.

The fact that there are so many variations must mean that at the very least, the system won’t live up to the hype and at worst, considering how all of these variations are data harvesting scams, may result in your important accounts being hacked.

There is literally nothing good that I can point out about the opportunity that ED offers, it’s, to put it bluntly, a useless system that won’t be having you come out any richer in the end. So yeah, skip it because at least that way you can be safe from the data harvesting shenanigans that’s being run.

IS EAZYDOLLARS.CO A SCAM?

I’m pretty sure that ED is a scam and there are a bunch of reasons that point to why I believe this to be the case.

The overhyped and unrealistic claims being made, the lack of any owner actually showing up and the issue of it essentially being a rehashed version of so many other data harvesting schemes that I’ve exposed, makes it hard for me to consider ED as anything but a scam.

So, if you want to make legit money online, you’re better off looking elsewhere, one example being the method that’s taught within my #1 reccomended course.