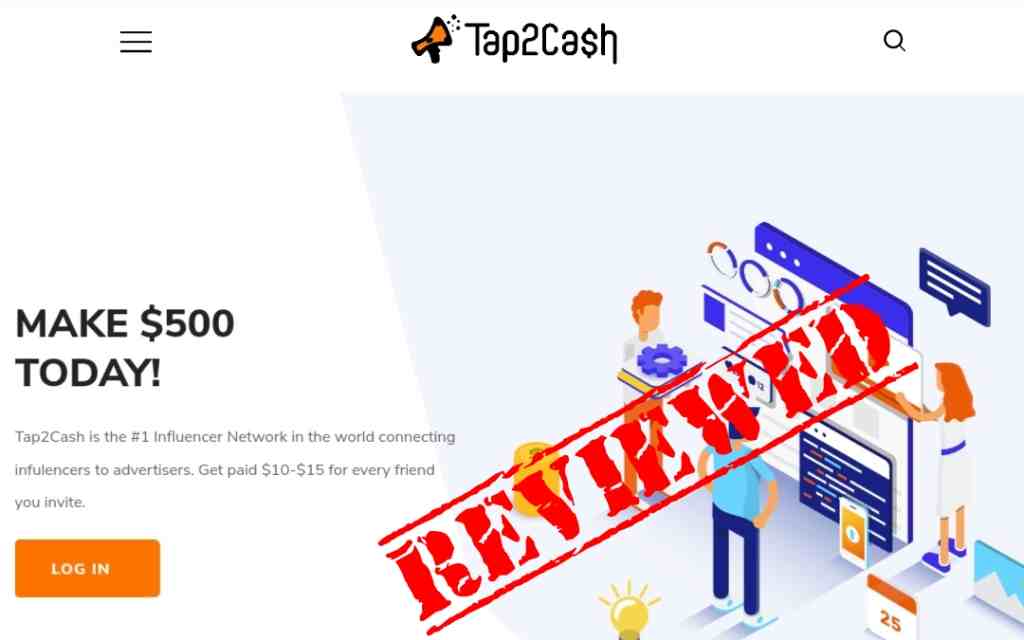 Welcome to my Tap2cash review!

It’s likely that you have come across Tap2cash through an email list, on social media or got it recommended by a friend or family member.

First and foremost I must commend you for actually doing a bit of extra research before committing to purchasing or joining Tap2cash. For all you could have known,  may very well be a scam and rob you of your money so this review could help you find anything peculiar about it.

To be totally transparent with you I haven’t used Tap2cash so I can assure you that I will not attempt to sell you on it unless of course it’s worth investing in.

What I will aim to do is provide you with an unbiased 3rd party review of Tap2cash that will hopefully help you to make the correct decision in the end.

SUMMARY: Yes Tap2cash is a scam and one that you should 100% avoid.

There are multiple reasons why I believe this is the case. The reasons include it being really overhyped, the owner being a fake, the fact it’s a reahash of so many other similar scams I’ve exposed and last of all the system just being a data harvesting system.

Therefore, if you’re looking to make real money online, Tap2cash is not the way to go. 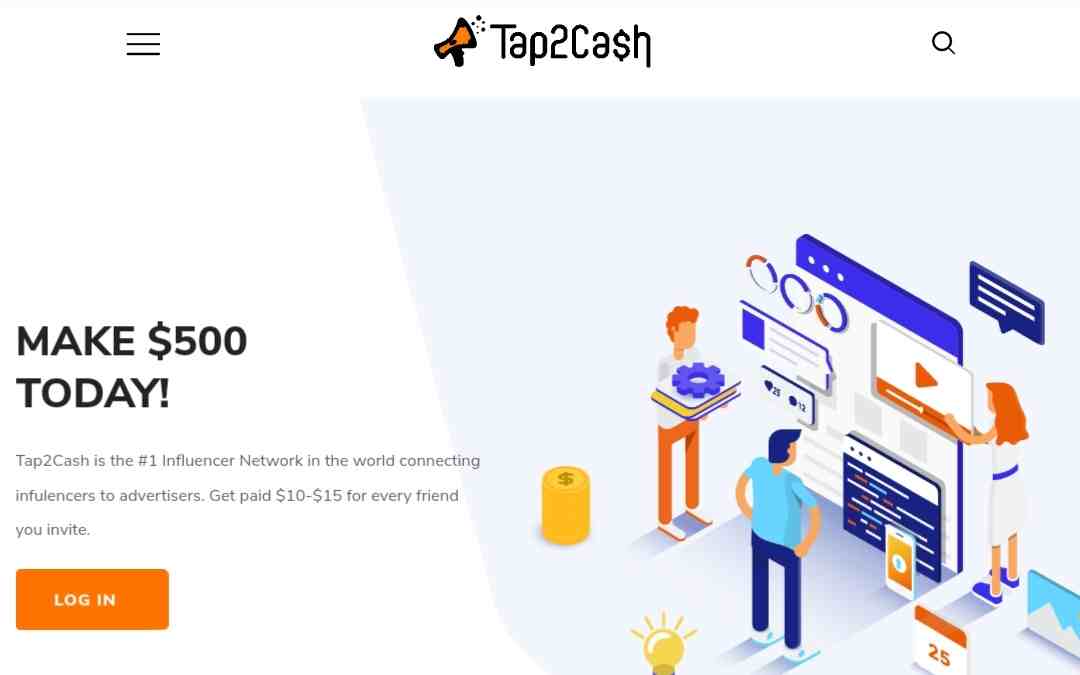 Tap2Cash claims to be the number 1 Influencer network around whilst also at the same time telling members they can make them $25 just by signing up.

To someone who hasn’t come across these kind systems before these buzzwords could very well entice them to join however, the fact of the matter is Tap2cash is a very popular scam I’ve exposed many times over.

Tap2Cash isn’t the first GPT site of its kind that I’ve seen over the years, it’s probably like the 30th system (not including the hundreds of other ones I haven’t seen) I’ve seen and one that I definitely would not recommend you join, the reasons for which I’ll explain throughout the rest of the review.

As for a few of the other variations of the scam, they include the following :

Because I’ve seen all of these variations, I don’t think it should surprise you that I have pretty good idea as to why joining Tap2cash probably won’t be worth your time .

Tap2Cash will not work as is described on the tin, firstly you’ll never actually get paid by the company because its not a real business.

Why do I say this?

I say this because a lot of the other variations of this particular business model always tend to disappear from the internet a few months after going live. This is obviously due to all that backlash they get over being rehashed scams but, that’s one factor to take into account and a reason why it’s not a legit business.

The other reason is because if you do sign up and get the “$25 bonus” and even sign others up, you’ll never actually be able to cash that money out. In fact there’s a good chance that the withdrawal threshold will be pretty high, likely around $150 – $200 before you can “cash out”, which I know is simply a stall tactic on the owner’s part.

Even if you were to reach the threshold, all that’d be accomplished was the wasting of your time and the time of others who signed up through your referral link. There’s a good chance that your dashboard will show you’ve made a certain amount of money but, the truth is that you will never be able to cash it out.

Now, the main reason for a scam like this is to harvest you data.

Meaning the reason why they entice you with a very large sign up bonus, making $10 per referral and the high threshold rate is for you to keep going and to ultimately generate more data for the fake owner who’ll probably sell it off to other third parties to fill their own pocket, it certainly isn’t to help you fill your own.

The problem with this is that if you were to give the site your really important data and let’s say you used the same password to sign up to Tap2cash as you have for other more important accounts (PayPal, amazon etc.), it’s very possible that your accounts could get hacked and the fake owner could even purchase things without you knowing or simply sell your data onto others who may do the same.

In short, it you fall for a scam like this, there’s a good chance you could risk a lot more than simply wasting your time.

Tap2Cash is system that absolutely no one should join unless they want to risk their data being sold or worse yet, for this data to be used against you and maybe cost you a lot of money in the process.

There are of course a bunch of clear red flags that are displayed on the sign up page and the other pages on the website too, so I’ll go over them just so you know what to look out for the next time you come across a system similar to Tap2cash.

Claiming you can make $500 Today, making $25 for signing up and even $10 per referral are figures that are just way too unrealistic and overhyped for a system that literally is free to join.

I’ve reviewed my fair share of GPT systems and the legit ones never pay $10 per referral, they normally tend to be around $1 – $5 so, $10 just seems like way too much of from a system that doesn’t even require a subscription.

The above stats are also fake because Tap2cash is not 3 years old at this point.

After checking the domain age it’s clear to see that it’s only a few months old and not 3 years old so, that’s another element of falsity and overhype by Tap2cash, both of which are of course huge red flags.

The Owner Is Fake

The image that’s used to show who the owner is, is actually just a stock image that I’ve found has been used for many 32 other websites. 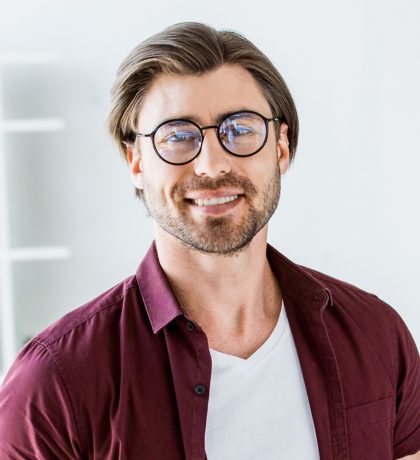 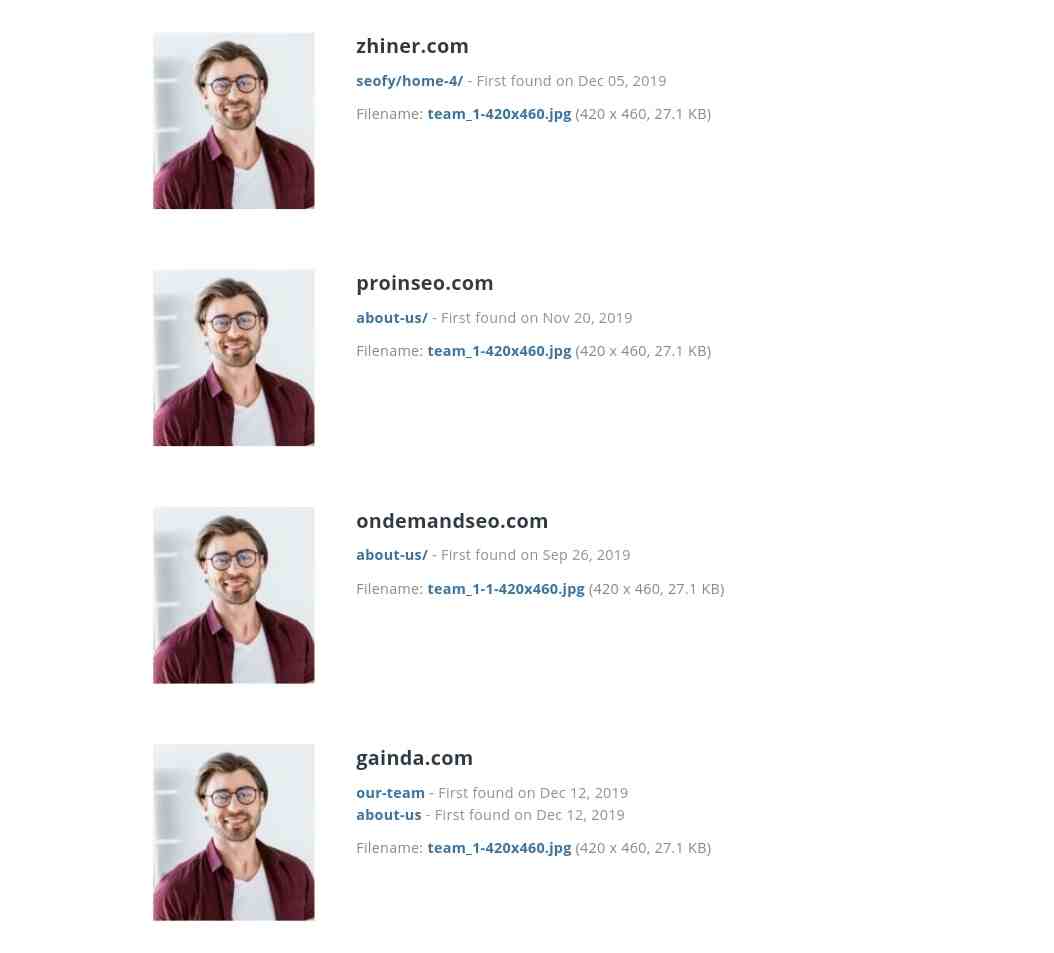 Well technically Mark Liuw does appear to be a real person. When I typed in his name I found out that he’s the founder of a company called Seofy and is meant to be a SEO expert. 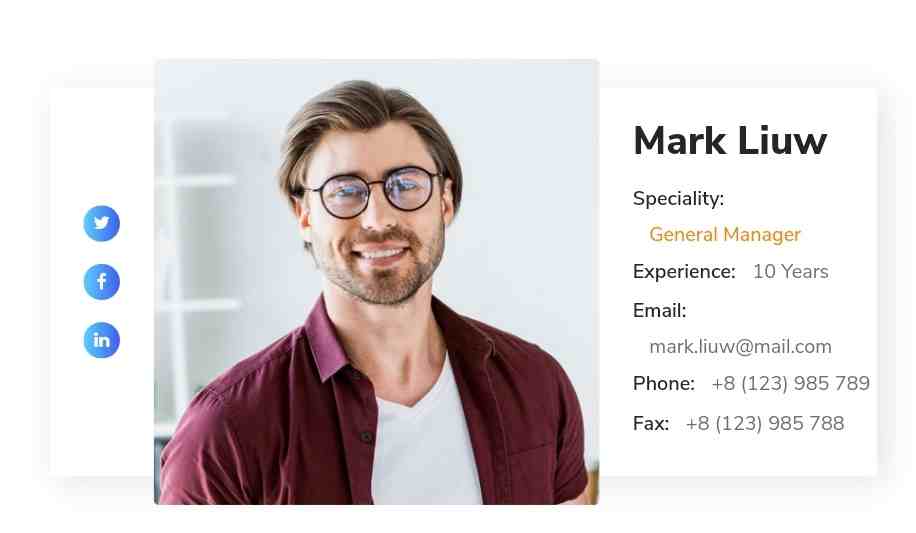 Of course there is a chance (albeit a very small chance) that Mark is the mastermind behind this GPT scam however, after so many other similar systems like Tap2cash that also have genuinely used stock images to falsify an owner, I can only assume that Tap2cash is using a real person to fool others into believing that it is actually legitimate.

This is the element of the scam that I find to be the biggest reason why you should not sign up to Tap2cash, with your real details that is.

This of course is because you could risk having your data hacked or sold to third parties where you pretty much won’t be able to opt out of afterwards.

In the end of the day this is the true purpose for this system, the owner behind Tap2cash wants to make money off you by selling your data to others and considering how many different variations there are of this particular scam, I’m sure that they have probably made a decent amount of money doing this.

The fact that there are so many different variations of this GPT scam is clearly a huge a red flag and one of the biggest reasons why you should not waste your time with Tap2cash.

There is literally nothing good about Tap2cash, it’s just one of those GPT sites that you should avoid at all costs and should also advise your friends to do the same.

Yes Tap2cash is a scam and one that you should 100% avoid.

There are multiple reasons why I believe this is the case. The reasons include it being really overhyped, the owner being a fake, the fact it’s a reahash of so many other similar scams I’ve exposed and last of all the system just being a data harvesting system.

Therefore, if you’re looking to make real money online, Tap2cash is not the way to go.