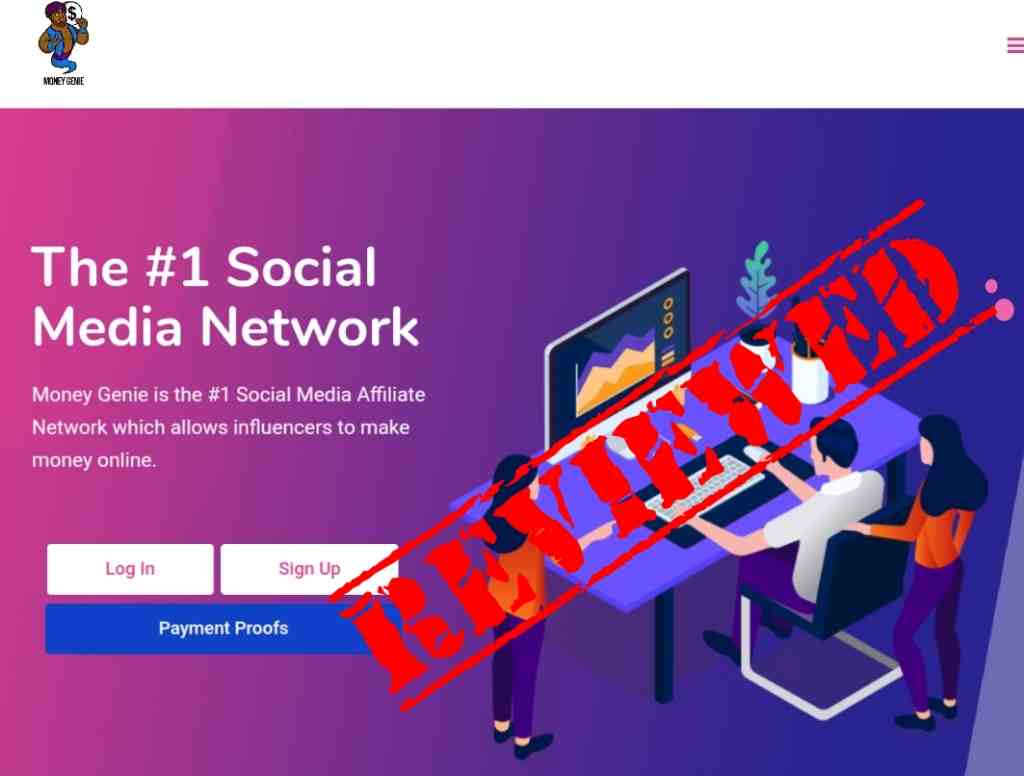 Welcome to my MoneyGenie.co review!

It’s likely that you have come across MoneyGenie.co through an email list, on social media or got it recommended by a friend or family member.

First and foremost I must commend you for actually doing a bit of extra research before committing to purchasing or joining MoneyGenie.co. For all you could have known,MoneyGenie.co may very well be a scam and rob you of your money so this review could help you find anything peculiar about it.

To be totally transparent with you I haven’t used MoneyGenie.co so I can assure you that I will not attempt to sell you on it unless of course it’s worth investing in.

What I will aim to do is provide you with an unbiased 3rd party review of MoneyGenie.co that will hopefully help you to make the correct decision in the end.

SUMMARY: In my opinion MG definitely is a scam and one that everyone should avoid if they don’t want their personal data being exploited.

The overhyped and unrealistic claims, the fact it’s a rehash of so many other similar scams, the lack of an easy to track down owner, the fake testimonials, the insanely high withdrawal threshold along with the fact MG is a data harvesting scam, are the major reasons why I would suggest you not get involved with MG unless for some reason you want to get scammed. 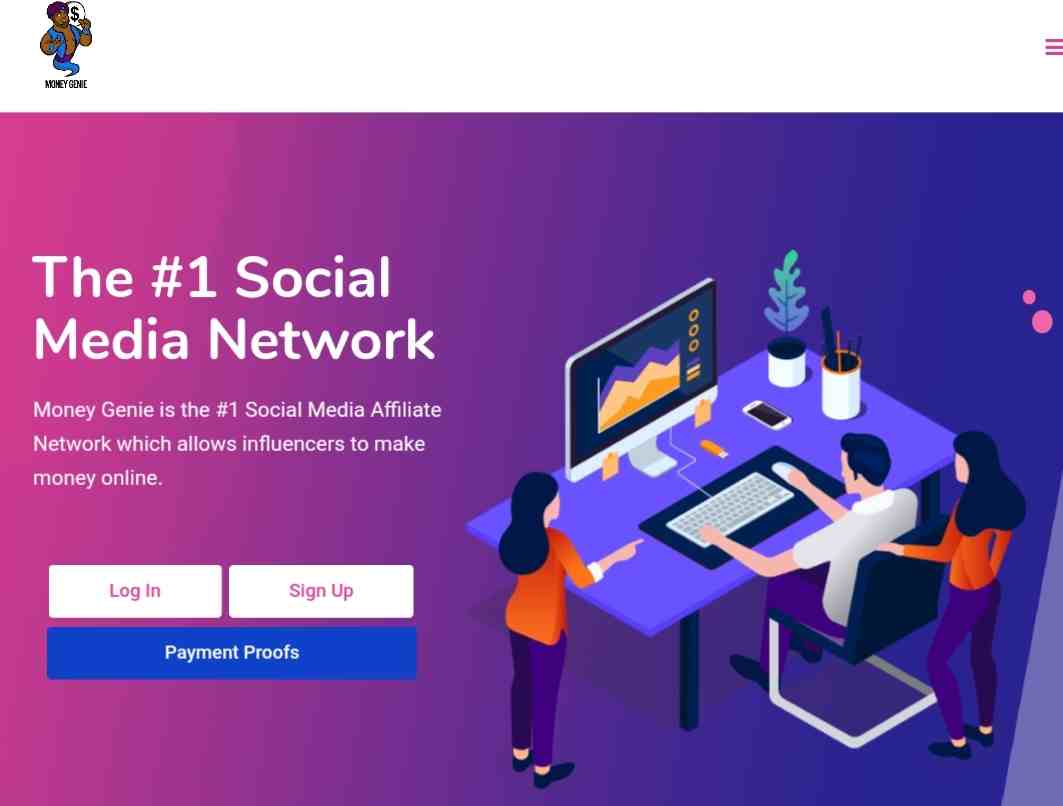 MG is yet another one of these get paid to sites claiming to be the number 1 social media marketing network that’ll be able to make you tons of money by referring others to the system, when it reality it won’t actually deliver.

I know for a fact this particular business isn’t the first of its kind because its not the first version of this scam I’ve reviewed. From the frankly absurd sign up fee of $35 for a system that’s free to join to having paid out over $50 million eventhough it’s barely 2 months old, to me suggests MG isn’t a legit way to make any kind of pocket change through.

As for the systems that I’ve found to be very similar to MG that I’ve also exposed already, they include the following :

I’ve personally seen upwards of 20 different variations of this particular Scam and weirdly enough a new one seems to appear on the Internet every few weeks whilst an older systems tends collapse every 2+ months.

MG won’t work as is advertised on the website, firstly the $35 sign up bonus will not be paid out to you and secondly the reason why you’re asked to recruit people isn’t really to help you generate $1 – $5 per sign up but, so the unknown owners behind the system can get as much data of other people through you until you discover you won’t actually get paid.

This is what’s known as a data harvesting scam and its the most alarming aspect of MG as the people behind the system may sell your data where there’s even the possibility, if you give them your legit details such as a password that you maybe use for all your important signups (PayPal, amazon etc.) along with your personal email address, that your accounts could get hacked and who knows, money may be stolen from you too!

Of course this type of situation isn’t the most probable of outcomes but, the possibility is still there. All in all MG isn’t designed to help you make money, its purpose is to entice the more gullible individuals out there to essentially forfeit their data in exchange for some ridiculously overhyped financial returns, which you obviously will not receive.

The fact of the matter is that the people behind the scam aren’t looking out for your best interests.

You will not be able to withdraw any money and how they’ll keep you on their leash is through a really high withdrawal fee, which is set at a minimum of $200, so that you continue bringing in new referrals until you find out its impossible to withdraw your funds.

Ultimately MG is only out there to gather data to make money off it, whether it be by selling it to others or to hack into your accounts, it’s not designed to pay you anything and help you improve your financial situation whatsoever.

MG is a GPT system that is only made for the benefit of the owners and no one else. You won’t make anything with it and even though it is free to join, it’s far from risk free as most people will likely be giving their vital information away to an unknown and shady source, which may very well have have malicious intent and even scam you to the highest degree.

In short you absolutely should not join MG especially if you’re trying to make legit money online because you just make anything with it.

This is a self explanatory negative, afterall MG says it’ll pay upwards of $5 per referral and even $35 for simply signing up.

It’s also not the #1 social media marketing network because no one has really heard of it and besides, it’s domain age is only a couple months old so it wouldn’t even make sense for it to be number 1 in such a short span of time.

This fact also nullifies MG’s claims of supposedly having 256k members or having paid $50 million out because, to put it frankly, it’s nigh impossible to generate these kind of figures as a 2 month old company.

It’s A Rehash Of Multiple Other Systems

I mentioned earlier that MG isn’t the first GPT system I’ve reviewed that does this. This is because besides a unique name and slightly different design and numbers, it’s pretty much the same shady GPT scam I’ve exposed many a time on this blog so, this is without a doubt one of the major red flags MG displays.

Another red flag MG displays is that it uses fake testimonials from fiverr to try and legitimise their system which is obviously is a very concerning matter. 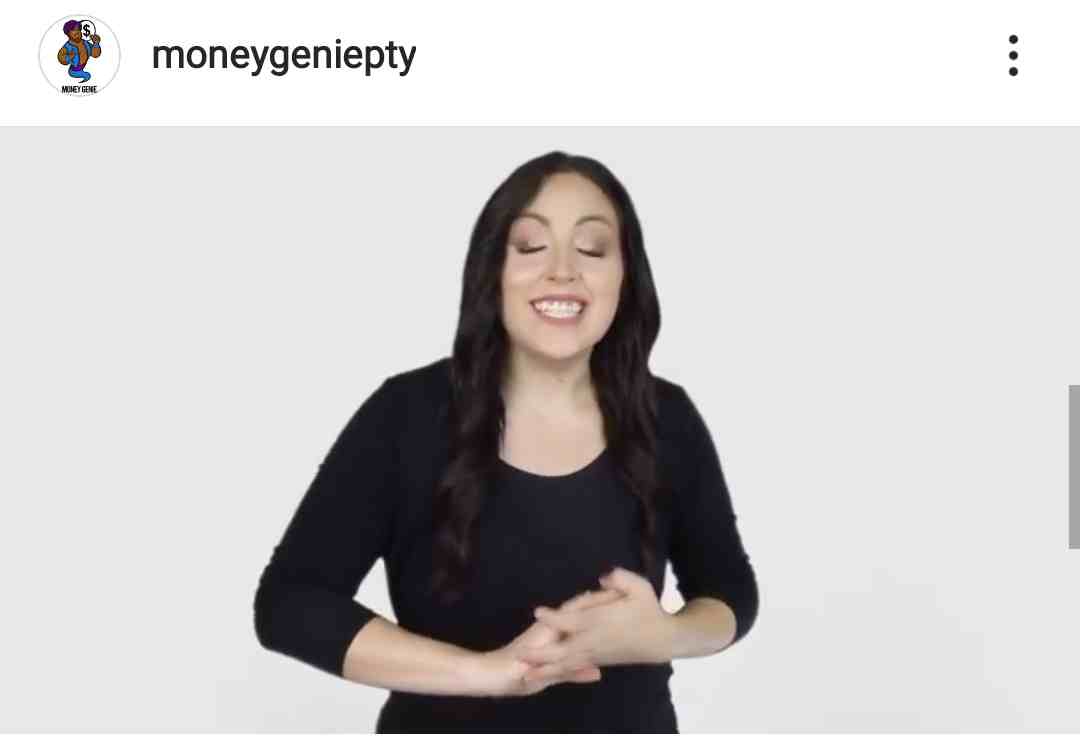 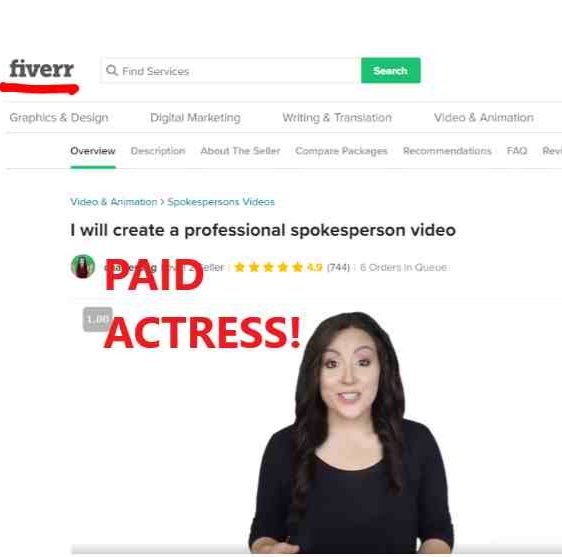 This is a clear red flag in my opinion and proves to be some very concrete evidence on MG being a scam.

Lastly, the true purpose behind MG is to gather data and eventually sell it to others and as I also mentioned previously, this could potentially turn out very bad for you especially if you provide MG with some very important information.

Selling the data is the basic premise behind MG’s business model but, they could also as easily hack into your PayPal account, ebay, amazon and really mess around with the accounts too, which is why MG can potentially become a very dangerous situation if you were to join it.

There is absolutely nothing good that I could find about MG so, that should be very telling of where I stand with this system

In my opinion MG definitely is a scam and one that everyone should avoid if they don’t want their personal data being exploited.

The overhyped and unrealistic claims, the fact it’s a rehash of so many other similar scams, the lack of an easy to track down owner, the fake testimonials, the insanely high withdrawal threshold along with the fact MG is a data harvesting scam, are the major reasons why I would suggest you not get involved with MG unless for some reason you want to get scammed.