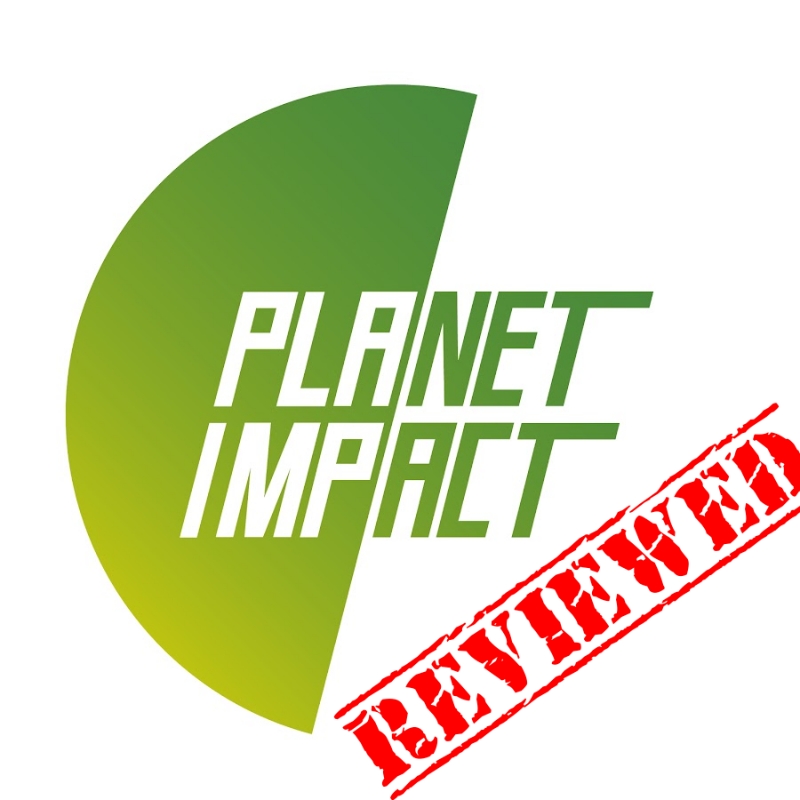 It’s likely that you have come across Planet Impact through an email list, on social media or got it recommended by a friend or family member.

Is Planet Impact a scam? The reasons why you’re here is because you have want answers right so, that’s what I’m going to provide for you within this Planet Impact review.

First and foremost I must commend you for actually doing a bit of extra research before committing to joining Planet Impact. For all you could have known, the product could be a major scam so the fact you’re here right now, researching whether or not that’s the case is a pretty smart move on your part.

To be fully transparent with you, I am personally not a member of Planet Impact so I can assure you that I will not attempt to sell you it unless of course it’s worth investing in.

What I will aim to do is provide you with an unbiased 3rd party look at Planet Impact that will hopefully help you to make the best decision you can in the end.

TYPE OF PRODUCT: Environment based MLM

SUMMARY: At the moment of writing this review I don’t see any thing that would make me actively assume Planet Impact is pyramid scheme or a scam but, considering the history of the brothers and the fact recruitment is essentially the core aspect of finding success with the business, it’s certainly not an opportunity I would recommend joining.

The idea of creating courses on environmental protection also doesn’t really seem like a business opportunity that many would be willing to invest in either, especially considering it costs €60/month and doesn’t seem to be all that scaleable when compared to your typical health and wellness or beauty based MLM’s.

And on top of this, the fact success rates within MLM’s are really poor just don’t make PI a logical business to pursue when opportunities like my #1 recommended system are both cheaper and better to scale.

WHAT IS PLANET IMPACT? 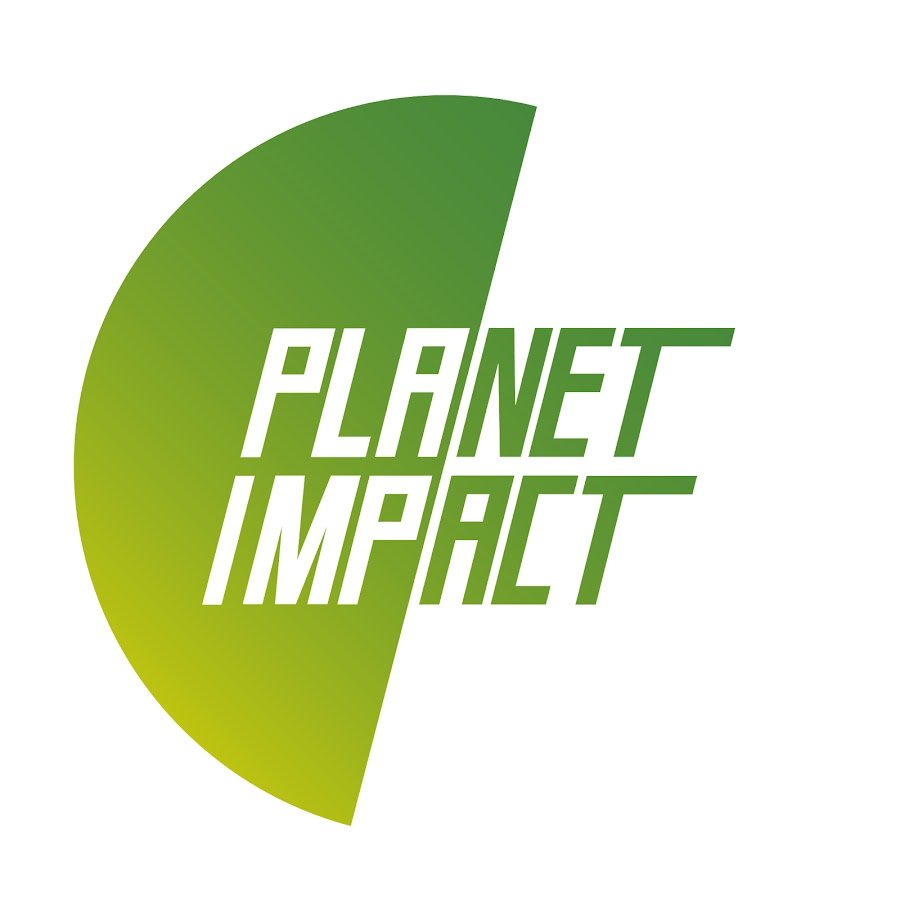 PI is a MLM that focuses on helping the environment through providing an education service on teaching others about how to more effectively help the environment. In fact PI also dubs itself as the “Netflix of environmental protection”.

The company was founded in 2019 by Aron, Stephan, and Christian Steinkeller, Oscar Dalvit and Adrian Szumski. Szumski serves as the current full time CEO.

This business isn’t the Stienkeller brothers first MLM gig because before getting involved in creating their own MLM empire, they used to promote for a coffee based MLM in Organo Gold, which actually is also how they made a name for themselves in this industry.

However, since then their careers have followed a downward trajectory having launched a really lackluster and pyramid like scheme called Conligus before jumping onto the OneCoin bandwagon and basically stealing millions of dollars from everyday people. In fact it was reported they essentially made (stole) $2.5 million a month through OneCoin.

So, to me their reputation isn’t one to be trusted. That’s why the fact they’ve come out with another business venture, and one that’s trying to “help” the environment is kind of ironic considering how they probably destroyed the lives of many in their OneCoin promoting days.

Dalvit also has some experience in the MLM scene having launched one  in 2017 and there isn’t very much information about Szumski.

These 2 don’t seem to have created as poor a reputation as the brothers but, it’s mostly because of the brothers poor reputation why I can’t see PI as being a trustworthy MLM to do business with nevertheless, I’ll try to explain the business opportunity in more detail throughout the review so that you can make your own judgement on the opportunity.

Planet Impact basically promotes themselves as the Netflix of environmental protection so it makes sense that a large part of what they offer is videos on this topic.

The main product is a subscription app called Planet Impact Academy where the app offers users video content, digital courses and webinars on subjects such as business, marketing, and environmental education along with other related subjects. The content is also updated on a monthly basis.

The app itself was developed by Earth Alliance Foundation which is an establishment situated in Switzerland.

The subscription fee for the app is €60/month.

Lastly besides the subscription service PI also offer the opportunity for members to invest in a reforestation service however, there isn’t much information on how much this costs.

HOW DO YOU MAKE MONEY WITH PLANET IMPACT?

As is the case with pretty much all MLM businesses there are 2 ways to make money with them, PI being no exception.

If you want to join PI, an individual simply needs to purchase the €60 membership or have 2 members sign up for the membership under you for €120/month.

This will allow you to qualify for the compensation plan which is how you’ll make the majority of your money with PI.

In terms of the number of ranks an affiliate can achieve, there are 7 different ones. I’ll list them below as well as tell you the criteria needed to achieve them.

Seed points are generated via the subscription services purchased on levels 1 and 2 of the unilevel team. This means every €60 subscription is equivalent to a seed point.

Therefore, if a member maintains his subscription every month for 3 months, you’d generate 3 seed points which means requirement will play a huge role in how highly you’ll rank within PI and in turn how much money you’ll make.

PI pays it’s affiliates residually using a unilevel structure. This means that an affiliate will be able to recruit and earn infinitely horizontally but vertically the earning potential will be capped. In this case its capped at level 14.

40% of all subscription fees paid by retail customers and recruited affiliates in the unilevel team are paid out as follows:

The amount an affiliate can earn will also be dependant on how highly they rank within the company. The residual earnings a members can earn for each rank is as follows :

The Planet Impact Club is a bonus pool that requires affiliate to be ranked Ranger or higher to qualify. How this works is that PI places 2/3 of all the “unqualified” affiliate subscriptions into a pool and then divides it. This is then paid out to all qualified members based on the seed points they’ve generated.

Recruitment Is Going To Be Essential For Success

This isn’t honestly all that surprising and also considering the only way you can make money with PI requiring others purchase a membership, it only makes sense that the only way you’ll be able to succeed with PI is through recruitment and people who buy into the system due to their interest in learning about environmental protection.

This is obviously a very niche product meaning it won’t be easy to convince people to sign up but, ultimately it’s really the only way an affiliate will succeed with PI.

So, if this isn’t something you’re a fan of, you should probably think about skipping PI’s MLM opportunity.

This is more so aimed at the brothers because they’re the ones who’ve had a pretty shady background having promoted a ponzi scheme in OneCoin, robbing people of millions along with creating their own pyramid scheme like system previously.

Moreover, these guys have ties with the mafia and likely other shady things so, it’s quite hard to trust in the Stienkeller brothers and of course in turn the business opportunity offered by PI.

And truth be told, I reckon the numbers within PI are likely to be a lot worse considering how narrow the environmental protection niche is.

So yeah, on average I’ve found that the chances of success within the MLM sector is really low so, you should definitely consider this point before jumping the gun and signing up.

I guess the fact the owners have some experience within the MLM scene is a positive and the idea behind creating an app focused on helping people be more aware of the environment isn’t too bad an idea too however, besides these 2 points (that are honestly very minor positives) there isn’t much else I would class as positive when it comes to the business opportunity offered.

IS PLANET IMPACT A PYRAMID SCHEME/SCAM?

At the moment of writing this review I don’t see any thing that would make me actively assume Planet Impact is pyramid scheme or a scam but, considering the history of the brothers and the fact recruitment is essentially the core aspect of finding success with the business, it’s certainly not an opportunity I would recommend joining.

The idea of creating courses on environmental protection also doesn’t really seem like a business opportunity that many would be willing to invest in either, especially considering it costs €60/month and doesn’t seem to be all that scaleable when compared to your typical health and wellness or beauty based MLM’s.

And on top of this, the fact success rates within MLM’s are really poor just don’t make PI a logical business to pursue when opportunities like my #1 recommended system are both cheaper and better to scale.