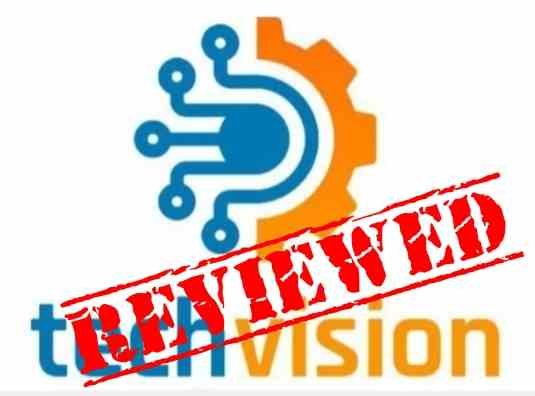 It’s likely that you have come across TechVision through an email list, on social media or got it recommended by a friend or family member.

Is TechVision a scam? The reasons why you’re here is because you have want answers right so, that’s what I’m going to provide for you within this TechVision review.

First and foremost I must commend you for actually doing a bit of extra research before committing to joining TechVision. For all you could have known, the product could be a major scam so the fact you’re here right now, researching whether or not that’s the case is a pretty smart move on your part.

To be fully transparent with you, I am personally not a member of TechVision so I can assure you that I will not attempt to sell you it unless of course it’s worth investing in.

What I will aim to do is provide you with an unbiased 3rd party look at TechVision that will hopefully help you to make the best decision you can in the end.

SUMMARY: I personally do believe that TechVision is more than likely an investment/ securities scam and even a pyramid scheme considering it utilises the MLM model to “pay” its members out.

First of all, the owner behind the whole marketing side of thing on YouTube is actually a Hungarian actor, the individuals they work with, particularly Christel van Der Steven who’s someone that’s previously promoted ponzi schemes, is somewhat problematic and makes me question TechVision ability to work with trustworthy business people.

Furthermore, the investment returns being absolutely absurd at a 120% return in 20 days and the lack of legal documentation provided by TechVision are the main reasons why I would recommend you avoid this company because there’s a very good chance you would not profit with TechVision. 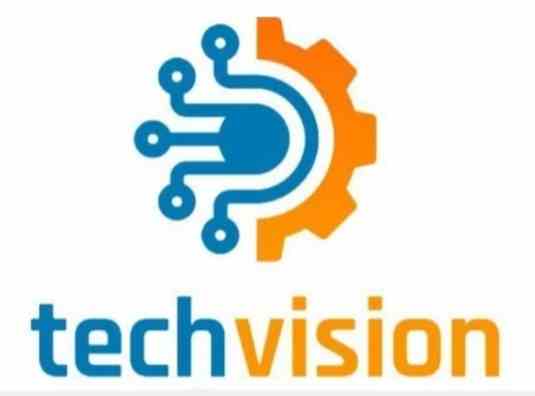 TechVision appears to be an investment solution that offers members “guaranteed success”, words that most companies trying to sell you on sham product would more often than not use (although there exceptions like profit accumulator).

The company claims they have been around since 2016 however, there is a bit of an inconsistency with the initial date that it came into existence and the website domain age, which seems to have been registered in the summer of 2019 or at the very least updated then. 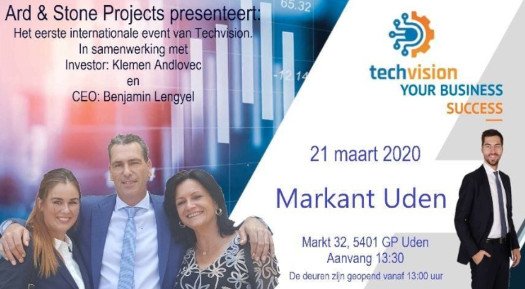 Furthermore, TechVision appears to be working on an event summit in late March where somewhat shady individuals like Christel van Der Steven, who has previously promoted ponzi schemes like Futurenet and cannerald, her husband and Andlovec who’s someone that’s been promoting TechVision since September 2019 will be presenting

Further research into the companies youtube channel will show that they’re aiming for multiple markets and not just New Zealand and the Netherlands considering the multiple different languages in which they’re presenting their opportunity.

So, that’s a little backstory on the supposed members and directors of the company, which if they are real does make TechVision come across as a very suspicious company off the bat, if they weren’t already after claiming you can make guaranteed profits of upto 124% in 20 days.

The fact is no legit high yield investment programs (HYIP) could provide you with such results let alone guarantee it (to some extent that is), along with the fact there does not appear to be any legal documentation backing the company and its investment strategies, the overall outlook on it should be very suspicious for most.

TechVision don’t offer any kind of tangible products to members, you’ll either be asked to invest in their program or promote that program to others if you want to make money with TechVision.

HOW DO YOU MAKE MONEY WITH TECHVISION?

As is the case with pretty much all MLM businesses there are 2 ways to make money with them, TechVision being no exception.

1. The first method is by directly selling the investment opportunity to other individuals and in return make a commission for their initial investment.

If you want to join TechVision, it’s actually free to do but if you also want to make money through their compensation plan, that’ll set you back a minimum investment of $75.

If you choose to do so, you can obviously invest a ton more but, if I were you I wouldn’t risk it.

Nevertheless, if you’re still curious about how you’ll be able earn with TechVision, it’ll be in the following ways.

The first method is dependant on how much money you’re willing to invest, which in turn will supposedly allow you to churn out ridiculous ROI’s on your investments.

These investment are said to be paid out from Monday to Friday, with the ROI percentage you’ll earn determined by the following tiers :

These are the commissions you’ll earn from your team which follow a unilevel structure. This means an affiliate will be able to refer an infinite number of individuals in the horizontal sense but vertically the earning potential will be capped. The cap in this case is the 16the level

The Investment Returns Are A Little Crazy

When an investment program like TechVision or another company claim that they can net you a 120% profit on your investment for only $75 in 20 days, at that point you’ve really got to question the legitimacy of a such a corporation.

These returns are clearly absurd after all you’ve got to wonder, how exactly would they go about paying members essentially double the initial investment considering they’ve only officially been registered as a website since July 2019.

Even if they are able to do so, I doubt it’ll be a very sustainable level of returns so, these crazy high ROI’s are a pretty big reason to be suspicious of TechVision in my opinion.

The “Owner” Appears To Be An Actor

After doing a bit of research I managed to find out that thks Benjamin fella is more than likely to be a Hungarian actor acting as TechVision’s marketing face and nothing more. This article when translated to English shows in translated into English means actor which is pretty clear indication why I believe Benjamin is what he is. 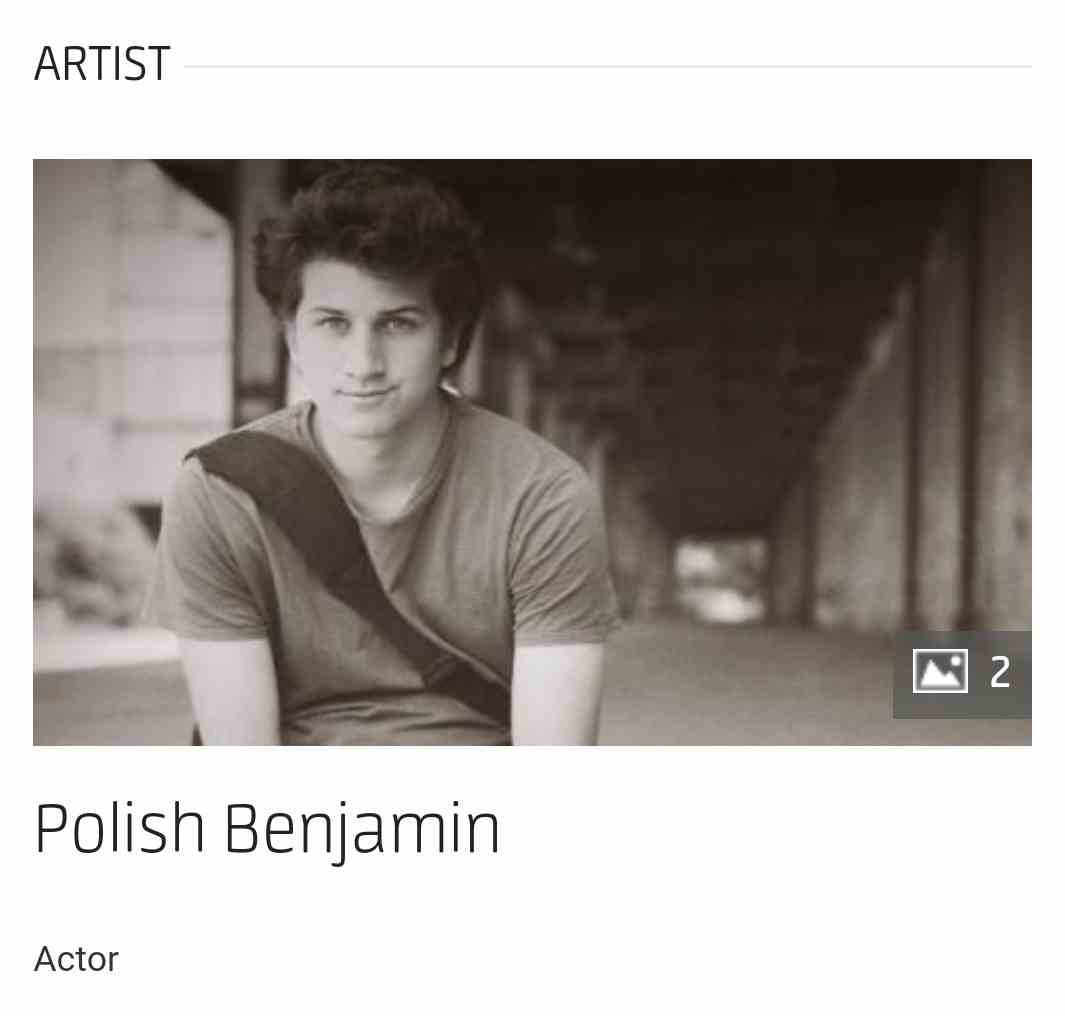 In turn this is a pretty clear indication that the actual person behind the company is uncomfortable with showing themselves and associating with TechVision.

This does make sense to me considering it more or less is a shell company designed to horde money from naive investors, paying a bit of money out to the early recruits and running away with a bucket load of cash generated by members who decide to sign up later down the road.

If TechVision was a legit HYIP, it generally would be very easy to know its history and who the actual owners of the company are however, as it’s more than likely a shell company, a lot of legal information is non existent or just very hard to find.

This in turn does question TechVision’s integrity, as in how can you rely on them keeping your investments secure if they have no legal backing and are quite hard to pinpoint a location to.

TechVision is also not on the FCA and the Sea’s radar even though it operates within the UK and USA, which is yet another red flag and would imply they’re committing some form of securities fraud.

I don’t see any redeeming qualities when it comes to TechVision so, I can’t add anything of worth to this section of this review.

IS TECHVISION A PYRAMID SCHEME/SCAM?

I personally do believe that TechVision is more than likely an investment/ securities scam and even a pyramid scheme considering it utilises the MLM model to “pay” its members out.

First of all, the owner behind the whole marketing side of thing on YouTube is actually a Hungarian actor, the individuals they work with, particularly Christel van Der Steven who’s someone that’s previously promoted ponzi schemes, is somewhat problematic and makes me question TechVision ability to work with trustworthy business people.

Furthermore, the investment returns being absolutely absurd at a 120% return in 20 days and the lack of legal documentation provided by TechVision are the main reasons why I would recommend you avoid this company because there’s a very good chance you would not profit with TechVision.