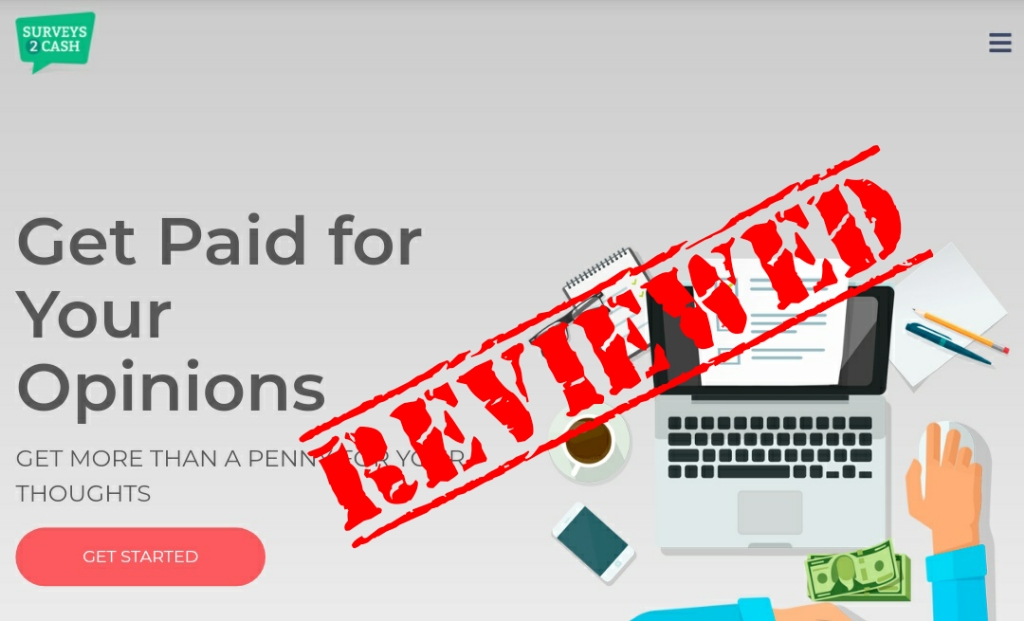 Welcome to my Surveys2Cash review!

It’s likely that you have come across Surveys2Cash through an email list, on social media or got it recommended by a friend or family member.

First and foremost I must commend you for actually doing a bit of extra research before committing to purchasing or joining Surveys2Cash. For all you could have known, Surveys2Cash may very well be a scam and rob you of your money so this review could help you find anything peculiar about it.

To be totally transparent with you I haven’t used Surveys2Cash so I can assure you that I will not attempt to sell you on it unless of course it’s worth investing in.

What I will aim to do is provide you with an unbiased 3rd party review of Surveys2Cash that will hopefully help you to make the correct decision in the end.

SUMMARY: I can’t completely call it a scam because S2S does direct you to legit survey sites however, technically it isn’t a survey website itself so I wouldn’t be all that surprised if others labelled it as a full on scam.

There are quite a few red flags that I personally think S2S displays, which included the use of unrealistic claims, the lack of an owner being disclosed and the fact that it’s essentially a data harvesting scam.

Due to these reasons, I personally would recommend you avoid S2S. 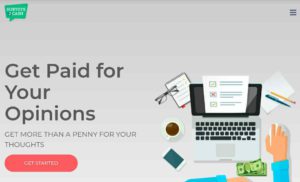 S2S is a website I came across whilst doing a bit of research and from the looks of it, it’s a website where you can, according to the sign up page, earn upto $100 for doing your first survey…

I mean come one, that’s just not going to happen now is it, afterall it is a free to join survey site so expecting to bank a hundred bucks from a survey, from a free to join get paid to site (GPT) which still very new doesn’t seem like a very plausible thing right?

Moreover, the sign up page doesn’t really tell you all that much about what you should expect to do once you sign up. In fact I highly doubt you’ll make anything worthwhile using S2S anyways because of how shady it comes across.

The truth is that S2S isn’t designed to help you make money, in reality the premise behind S2S is to get your data and basically spam it or sell it to third parties so that the undisclosed owner can get paid.

If you’re still not convinced S2S is a waste of time, I’ll go over the reasons why I personally think it’ll not be worth your time thoroughout the rest of the overview on it.

Just as a head ups, I’ve reviewed quite a lot of products and systems on this website such as :

According to their signup page you’ll be asked to answer their “user specific questionnaire” so that S2S knows what surveys are best for you.

In the beginning this may seem like a reasonable request however, the questionnaire itself is actually worthless because no matter how you answer it you’ll always be sent to the same page. This page just includes other survey sites (which could be legitimate or not) which pretty much makes S2S a middleman.

But as the middleman, their primary goal is actually to harvest your data and either send their affiliate offers your way or for other forms of spam from third party retailers to whom they sold your data to.

They actually admit to using your data in this way meaning your data won’t be safe if you do decide to sign up to S2S. The reason why it’s not safe is because it’s possible that by using your email address, phone number and password, S2S or third parties may hack into your confidential data and cause you problems.

Of course such a situation probably won’t occur but, there is still every possibility that it may happen and the question you should ask yourself is whether it’s still worth risking your details with a site that doesn’t come across as all that trustworthy to begin with.

I personally think that this specific GPT site is going to be a waste of time on your part and definitely will not make you any money on it’s own. It’s also a potentially dangerous website to sign up to because you’re data isn’t safe.

There are also a couple other red flags it displays which I’ll discuss in a bit but, just in my opinion, signing up to S2S isn’t something I would recommend anyone do.

Unrealistic Claims Being Made

Although there aren’t too many claims about how much money S2S can make you, there is one claim that really caught me and just seemed like the system in question was trying to feed you lies.

This claim is of you as newbie making upto $100 from doing your first survey. I don’t know of your experiences with GPT sites but in my personal experience, the majority only tend to pay, at most, a couple bucks for completing a survey and not upto $100. 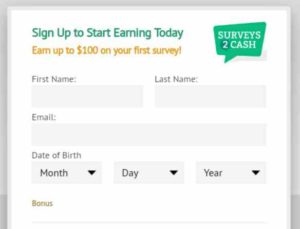 This is the main unrealistic claim being made and maybe the claim of you getting a ton of surveys on a regular basis. In general I would say that this is a red flag that you should be vary of but, it’s not the most prominent of red flags I’ve seen so I can’t say that it should be the biggest reason to avoid S2S.

The owner of the website isn’t disclosed which is a very common issue I see among products that are of poor quality or just full on scams.

The lack of one not being disclosed for S2S is a problem that correlates with systems that don’t live upto the hype so, you definetly shouldn’t jump into S2S hoping for the best even though it being free does make S2S seem like a risk free opportunity.

The whole system is actually just a data harvesting scheme which it’s literally stated within the website so, if you do join, expect to receive some spam emails form S2S as well as some spam from random third parties.

This is the companies ultimate goal afterall because they won’t be profiting all that much by sending you to other survey sites, instead by selling your details to others or sending you affiliate offers, they might profit a lot more effectively.

I’ve reviewed quite a lot of data harvesting scams on this website and I know that they won’t pay you out or benefit you in any way shape or form. It’s just a waste of time and instead you should look into prospects that are more reliable like swagbucks or my #1 recommended product.

The only good thing about S2S is I guess the fact it’s free to join and does direct you to some legit survey sites however, it’s not something that will make you any money on its own so, you should avoid it.

I can’t completely call it a scam because S2S does direct you to legit survey sites however, technically it isn’t a survey website itself so I wouldn’t be all that surprised if others labelled it as a full on scam.

There are quite a few red flags that I personally think S2S displays, which included the use of unrealistic claims, the lack of an owner being disclosed and the fact that it’s essentially a data harvesting scam.

Due to these reasons, I personally would recommend you avoid S2S.