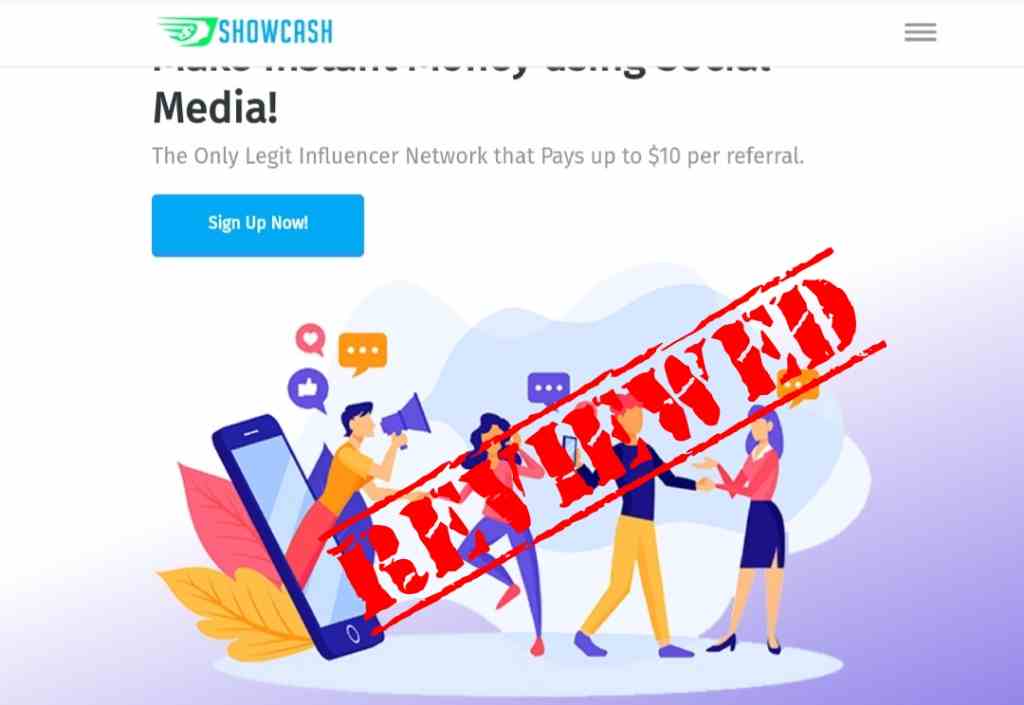 Welcome to my ShowCash review!

It’s likely that you have come across ShowCash through an email list, on social media or got it recommended by a friend or family member.

First and foremost I must commend you for actually doing a bit of extra research before committing to purchasing or joining ShowCash. For all you could have known, ShowCash may very well be a scam and rob you of your money so this review could help you find anything peculiar about it.

To be totally transparent with you I haven’t used ShowCash so I can assure you that I will not attempt to sell you on it unless of course it’s worth investing in.

What I will aim to do is provide you with an unbiased 3rd party review of ShowCash that will hopefully help you to make the correct decision in the end.

SUMMARY: Yes, Sharecash is a scam and one that you absolutely should avoid at all costs if for some reason you’re interested in it.

The reasons why you should avoid it include the fact it uses false and overhyped claims, it’s a variation of many many other similar scam GPT systems, its a data harvesting scheme and the lastly, the fact the owner does not show up cements, in my opinion at least, it as nothing more than a scam, a scam as I’ve said multiple times in this review, that you should avoid. 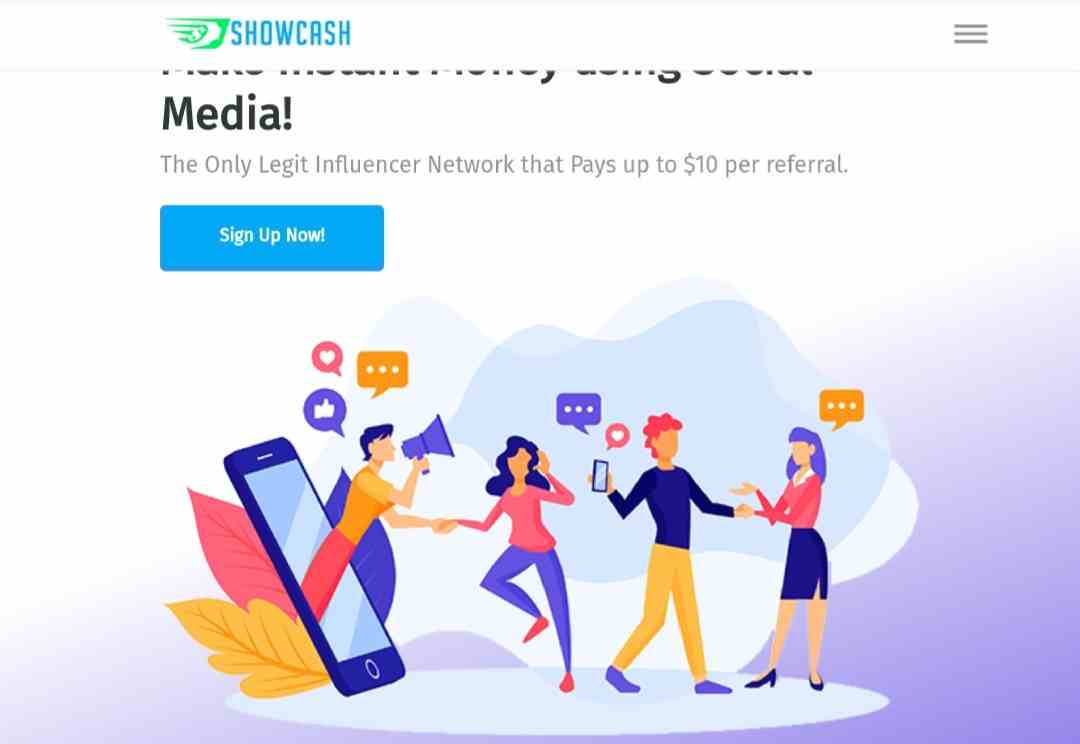 ShowCash is yet another one of these GPT sites that claim you can make bucket loads of money by either signing up yourself or signing someone else up through your referral link. It claims you can make $500 today, $25 as a sign up bonus, $10 per referral as whilst calling itself the #1 Influencer network.

Of course none of these claims or statements are true because firstly, they’re a little too good to be true don’t you think and secondly, ShowCash is more or less identical (minus the name and paint job) to some other “#1 Influencer network” GPT sites I’ve exposed on this website before.

Below are just a portion of the other variations of ShowCash

The fact is that ShowCash isn’t a legitimate opportunity. By joining it not only will you be wasting your time but you’ll also be taking a risk too, which of course is something I’ll explain in a bit more detail below.

ShareCash doesn’t work as it’s described. You will not make $25 when signing or $10 per referral. I guess yeah your dashboard may show an increase in your funds every time you do a “money” related task but, this is done only so you can continue bringing in more people, along with the fact the cash out threshold is likely to be quite large too, being around $200.

Now, the reason why ShowCash wants you to continue bringing in new people is so that the undisclosed owners can collect the data their data.

You might be asking right now “why would they want to collect data?”

Simply put, it’s so ShowCash can sell it off to third parties and in turn profit from your naivety of believing a free to join get paid to site would actually be able to generate $10+ for completing a task or referring someone.

This is also where the risky part comes into play. Because ShowCash is in simple terms a “data-harvesting scheme” much like the other variations, it will collect your email address and passwords.

As for how this is risky, say you actually used you’re genuine details such as your primary email address and the same password you use when signing up to your more important accounts like your PayPal for example, there is a chance that ShowCash or the third parties your data was sent to, could hack into your accounts and compromise them.

I’m not saying that this is something is that’s highly likely to happen but there is a chance that it could therefore, it’s reasonable to assume the worst especially when the system in question is clearly trying to take advantage of the individuals more naive to the dark side of online scams.

ShowCash is not a GPT system that I’d recommend anyone join because it literally has zero potential of making anyone money. It’s only designed to take from potential members and not give anything back even if that’s how it’s marketed.

Firstly, ShowCash will not pay anything, not the bonus, not the referral income and certainly not $500 today. Secondly, ShowCash claims that it was founded in 2015, much like many of the other variations however, I decided to check out the domain age of the system and unsurprisingly, ShowCash shows up as only being founded in January 2020

Therefore, it makes the #1 Influencer thing come across as false and it definitely makes the claims of ShowCash having  over 300k members to whom they’ve paid out $44 million, seem even less likely.

This is undoubtedly a huge red flag and massive reason to avoid ShowCash.

As I mentioned in the beginning of the review, there are multiple exact variations of ShowCash minus a few design differences. In fact I’m pretty sure there are hundreds of GPT sites just like ShowCash out there which, for me, is yet another huge red flag and a reason to avoid this system.

This is a very common trait I find among systems that are inevitably scams. I find that if a product owner doesn’t show their face, it generally means they know that the product in question is scam.

I know that there are products and services out there that are scams even if the owner shows themselves but, that situation is a little different because at the very least the said owner believes that the product is worthwhile and is willing to take any backlash if it isn’t.

ShowCash’s owners on the other hand know their system is a scam therefore, they’re hiding so they don’t have to deal with any kind of backlash they would inevitably receive.

Lastly, the true purpose of ShowCash is to collect and sell your data and not to make you money. As I mentioned, this can potentially be risky as your accounts could get hacked if you use data that you’ve used for your more confidential accounts.

There is literally nothing positive about ShareCash, it’s just something that you absolutely must avoid.

Yes, Sharecash is a scam and one that you absolutely should avoid at all costs if for some reason you’re interested in it.

The reasons why you should avoid it include the fact it uses false and overhyped claims, it’s a variation of many many other similar scam GPT systems, its a data harvesting scheme and the lastly, the fact the owner does not show up cements, in my opinion at least, it as nothing more than a scam, a scam as I’ve said multiple times in this review, that you should avoid.