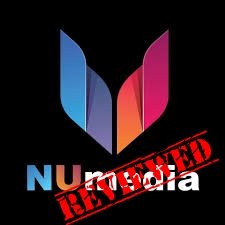 It’s likely that you have come across NuMedia through an email list, on social media or got it recommended by a friend or family member.

Is NuMedia a scam? The reasons why you’re here is because you have want answers right so, that’s what I’m going to provide for you within this NuMedia review.

First and foremost I must commend you for actually doing a bit of extra research before committing to joining NuMedia. For all you could have known, the product could be a major scam so the fact you’re here right now, researching whether or not that’s the case is a pretty smart move on your part.

To be fully transparent with you, I am personally not a member of NuMedia so I can assure you that I will not attempt to sell you it unless of course it’s worth investing in.

What I will aim to do is provide you with an unbiased 3rd party look at NuMedia that will hopefully help you to make the best decision you can in the end.

SUMMARY: Because NuMedia is running an illegal streaming service I can’t really call it a legit system and in turn will have to label it as a pyramid scheme at the very least. As for if its a scam, technically it does work as advertised but I’ll probably have to call it a scam too.

Moreover, although recruitment probably isn’t as essential as other opportunities you will still need to be really good at it in order to succeed and of course another problem is that the MLM business model does have a very high failure rate and an equally low success rate.

Ultimately, I cannot recommend promoting NuMedia as it is an illegal company and in turn likely will be shut down in the future, much like how the precursor in 247 SmartLife was shut down previously. 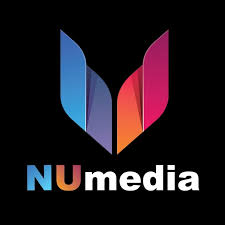 NuMedia is simply put an illegal streaming service which can be accessed via android and allows you to stream TV shows and movies from a variety of different network. The company is also owned by an individual named Jim Ferras although this wouldn’t be immediately clear if you were looking for it on their app or Facebook page.

Both of these establishments where eventually sued by a United States media company called Dish Media which ultimately led to 247 SmartLife’s demise.

Therefore in order to continue offering this service to others Jim created NuMedia. Although 247 SmartLife collapsed, its affiliates were told that TVizion was bought out by another company in NuMedia for $220 million which was most likely just done to escape the lawsuit fiasco and start up anew.

From what I can tell NuMedia, just like 247 SmartLife, appears to be a shell company for TVizion, especially when you consider NuMedia was officially registered only 2 weeks after 247 SmartLife’s lawsuit came into light.

NuMedia offers video streaming from a variety of different channels and can be downloaded on android devices, the amazon fire stick and the chromacast however, it is not available on iOS devices.

As for what you’ll be able to stream, it includes :

This includes streaming shows from the likes of HBO, NBA Network, MLB, Showtime, CNN and a bunch more.

The great thing about NuMedia’s streaming service is that it essentially places every single movie, sport and TV show you’d want to see in one place and although that is great, it does cost $49.95/month to purchase and they are technically illegally streaming everything which is made quite apparent by the fact that when 247 SmartLife got sued Jim jumped ship.

Here’s the thing, if you’re going to stream from an illegal site anyways, why would you pay $49.95/month to NuMedia. By doing so all you’re really doing is filling the pockets of a company that more than likely will collapse eventually.

Of course if you’re aware of this risk and still want go through with it, I certainly don’t think it’s a bad service as it’s much better than signing up to like 10 different subscription services to actually watch what you want to watch but, it is still illegal and that’s simply a factor you will need to take into account.

HOW DO YOU MAKE MONEY WITH NUMEDIA?

As is the case with pretty much all MLM businesses there are 2 ways to make money with them, NuMedia being no exception.

If you want to participate in NuMedia’s business opportunity you will need to invest in one of the director packages available :

By purchasing these packages you will be given vouchers that you can then hand out to potential recruits but, I couldn’t really find anything discussing what the vouchers actually do.

If you decide to become an affiliate for the company, there are a few ways that you will be able to make money with it, which is basically what I’ll be covering within this section of the review.

Every time you mange to sign someone up to the $49.95/month subscription you’ll be awarded a $10 monthly commission, which makes selling the membership to consumers quite a lucrative offer.

NuMedia also pays its affiliates residually using a unilevel structure. The whole structure is a little confusing but in simple terms you’ll be able to recruit individuals personally directly and indirectly where you’ll be able to earn a percentage of the commissionable revenue your team generates.

This section of the plan is confusing which is why I’d suggest checking out the breakdown of the compensation plan below to get a better idea of how the plan functions.

If You Want To Make Money, Recruitment Will Be Essential

Although you can make decent money through the subscription side of things, you’d still need to sign up at least 200 people who remain active every month for you to make a consistent $2k/month.

Of course the nature of subscription services is that people will eventually decide it isn’t for them and then you’d need to continue signing up atleast 50 or so a monthly to simply maintain that income.

However, through the recruitment side of things you’ll actually be able to grow your business a fair bit more as you’ll not only earn from the consumers who’ve signed up to the streaming service but also the earnings of your direct and indirect recruits.

So yeah, unless you’re amazing at generating traffic and are also great at selling the service to others through the traffic you’ve generated, the best way to succeed with NuMedia is to focus more on the recruitment side of things as the payouts are generally much better.

The streaming service that’s provided is technically illegal. The fact of the matter is that companies need to buy the rights to specific networks and channels in order to legally stream certain shows.

This is of course why the likes of Netflix doesn’t have access to all shows and why networks like HBO and Disney have their own services to showcase their own licensed material.

Therefore even if the service itself is great, the illegal side of the whole business is still a major problem.

Although NuMedia does not have a income disclosure statement discussing the amount of money individuals are making, having seen tens of different MLM income statements over the years, I’ve found that generally the chances of success are really low.

I’m not saying that NuMedia affiliates follow these exact numbers but, I highly doubt that they’re much better.

Although it is illegal, I can still say that at least the service itself is pretty solid and you do get access to more or less every network to watch so that’s a plus.

IS NUMEDIA A PYRAMID SCHEME/SCAM?

Because NuMedia is running an illegal streaming service I can’t really call it a legit system and in turn will have to label it as a pyramid scheme at the very least. As for if its a scam, technically it does work as advertised but I’ll probably have to call it a scam too.

Moreover, although recruitment probably isn’t as essential as other opportunities you will still need to be really good at it in order to succeed and of course another problem is that the MLM business model does have a very high failure rate and an equally low success rate.

Ultimately, I cannot recommend promoting NuMedia as it is an illegal company and in turn likely will be shut down in the future, much like how the precursor in 247 SmartLife was shut down previously.