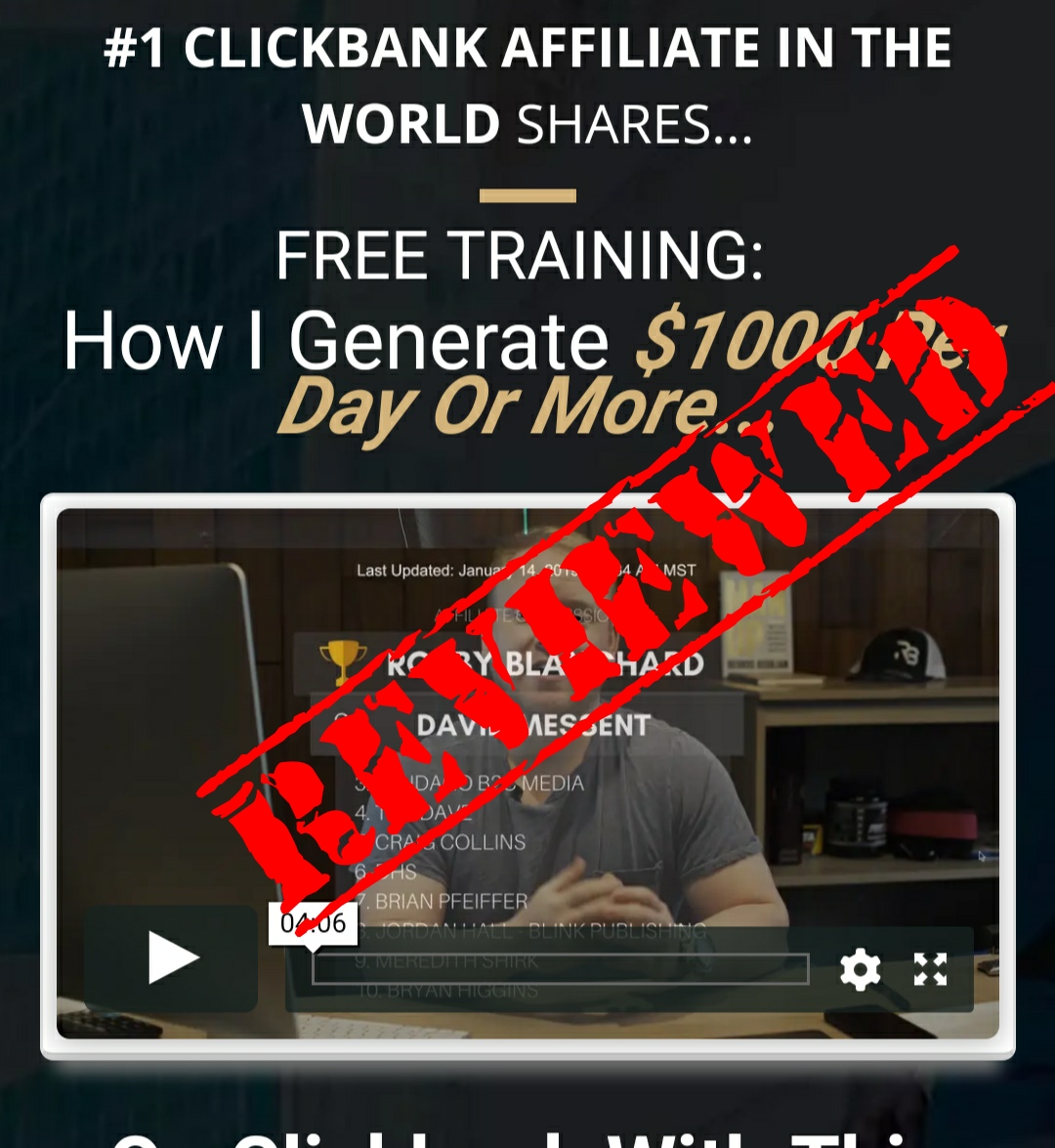 Welcome to my Commission Hero review!

It’s likely that you have come across Commission Hero through an email list, on social media or got it recommended by a friend or family member.

First and foremost I must commend you for actually doing a bit of extra research before committing to purchasing or joining Commission Hero. For all you could have known, Commission Hero may very well be a scam and rob you of your money so this review could help you find anything peculiar about it.

To be totally transparent with you I haven’t used Commission Hero so I can assure you that I will not attempt to sell you on it unless of course it’s worth investing in.

What I will aim to do is provide you with an unbiased 3rd party review of Commission Hero that will hopefully help you to make the correct decision in the end.

RECOMMENDED: Depends On Where You Are (If You’re A Newbie then No)

WHAT IS COMMISSION HERO? 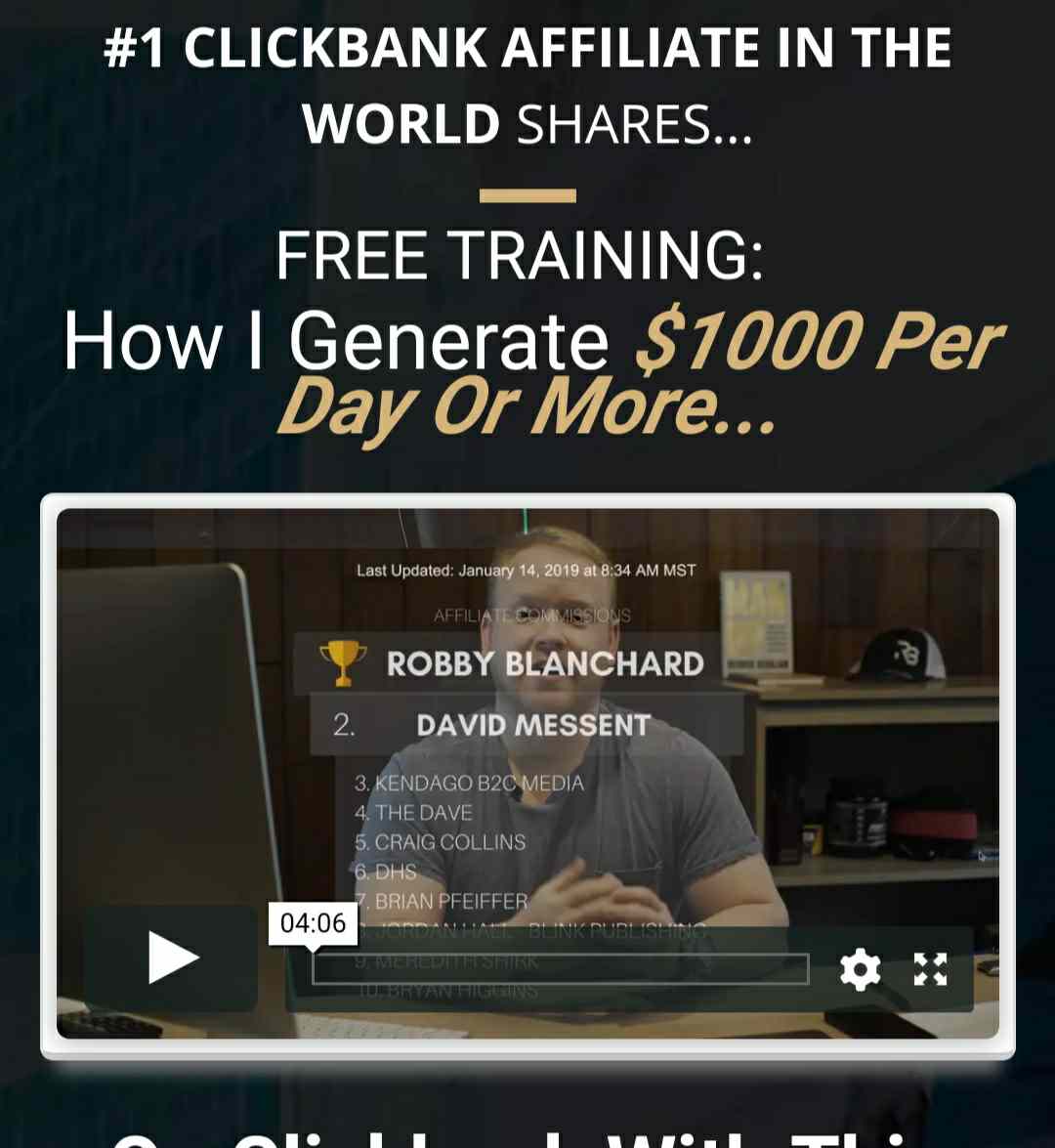 CH, according to the sales page is an affiliate marketing course that focuses on profiting through clickbank. Robby Blanchard, the owner claims that through his 3 step process you can start making $1000 daily, even if you have no experience, no email and no website. 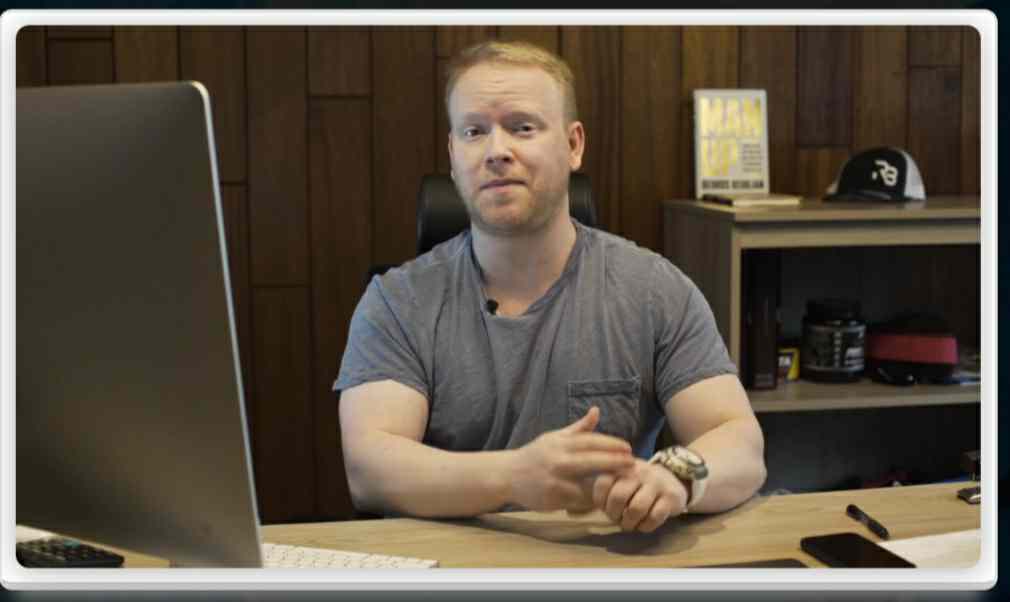 In fact Robby claims that you can make upto 6 figures in your first 30 days. I’ll be honest with you, even though Robby does actually show up on the video, the fact he claims you can make money fast and essentially sells CH as being a veg rich quick scheme definetly doesn’t make it appear as a very trustworthy product.

Robby himself claims to be the number 1 affiliate for clickbank and supposedly makes $1k daily and even upto $40k on other days so, achieving 6 figures for him probably won’t be hard due to his 4 years of experience with clickbank however, just because he’s able to achieve such ludicrous results in a short period of time doesn’t mean that it’ll work for you.

Anyhow, the fact Robby shows up and shows himself is actually a very positive thing because it means that at least Robby backs himself, even if at points he is severely over hyping what you get from his system.

HOW DOES COMMISSION HERO WORK?

The main premise behind CH is affiliate marketing, which if you don’t already know is a manner through which companies and products pay out commissions to you for helping them make a sale. The sale will have to be done through a unique affiliate link that you’ll receive but, as long as a customer clicks on your link and buys the product, you will make money.

CH will teach you how to do this but, for the $997 price tag what you’ll be taught is how to make sales using advertising, primarily Facebook advertisement in this case. I mean think about, the 6 figures in 30 days would be an absolutely ludicrous possibility using a free strategy so the fact the course teaches you how to use Facebook at least makes CH look legitimate.

Anyways if you’re serious about wanting to profit through Robby’s strategies, you’d probably want to know what the core elements of his training are right, which is why I’ll briefly break it down for you below.

The truth is that his system is probably going to work however, it’s still going to be difficult to get results even with all of Robby’s training, you’ll need to do a lot of testing and changing to see what works or not, what gets more clicks, constantly tweaking your landing pages and so on.

I honestly believe that to get the most out of the training you’d need to be willing to risk a further few thousand dollars to see what works and what doesn’t. In the end of the day you’re still going to be a beginner so expecting to make a thousand daily without some personal experience down your belt is a very optimistic thing to believe.

If you’re not willing to risk so much money, my #1 reccomendation is an alternative affiliate marketing course you could look into because you don’t really need to be investing thousands on adverts daily to get results.

Admittedly as it’s a very low cost affiliate marketing method, it will take a lot longer to see results, the monetary risk is also significantly smaller so if you’re a newbie, it’s the course I would personally suggest you look into instead.

WHO IS COMMISSION HERO FOR?

Unless you’re an experienced marketer yourself and if you can afford to spend tons on advertising right now, CH probably won’t be for you.

However, if you’re new to advertising or just online business, spending thousands in the beginning probably isn’t something you want to do right? Therefore, i would suggest you look to other courses such as my #1 recommended affiliate course if you first want to learn how to generate free traffic before paying for it.

All in all CH isn’t a bad course, the main problem is that it’s just way to expensive for most people to invest in.

Some Very Overhyped Claims Being Made

The sales page has a very overhyped elements that normally signify the product is poor. The element I’m talking about is the claim that you can make 6 figures with his program in 30 days…

Although this is something that is possible for Robby, the vast majority of people seeing this statement might consider the system in question being just too good to be true.

Robby of course is a very successful affiliate marketer himself so achieving these results for him isn’t something I would consider impossible but, making such an outlandish claims along with other unrealistic claims just doesn’t give CH an absolutely trustworthy look.

As the methods taught in CH is Facebook advertising, along with the $997 to simply buy the course, you’ll also need to invest in their third party tools like click funnels as well as have hundreds if not thousands in dollars to experiment with the strategies Robby teaches, CH is go to be far from a cheap endeavour.

There’s every chance that once you get to the members area and watch the video guides, you’ll be profiting immediately however, there’s also the chance that you could lose the majority of the cash invested.

What I’m saying is that unless you’re willing to invest and lose potentially a large portion of your money, taking this route of marketing isn’t going to be the best option for you at the moment.

Those two elements are the biggest reasons why you should be skeptical about the course but, Robby being a credible source does help his cause when it comes to teaching about effectively using adverts, landing pages and so on to convert customers.

Although I haven’t personally checked out the course myself, I do reckon you’ll find at less some solid actionable advice in it.

IS COMMISSIONS HERO A SCAM?

I personally don’t consider CH to be a scam although, it’s also not something I would reccomend you buy either if you’re not willing to invest a ton of money in the training as well as purchase other third party resources.

The good thing is that Robby is a very successful affiliate marketer so what ever he is teaching should be useful as they’re strategies he’s personally used and worked for him.

Nevertheless, unless you’re already an advanced affiliate marketer and want to know how to profit through Facebook ads, learning from Robby isn’t something I’d recommend you do right now.