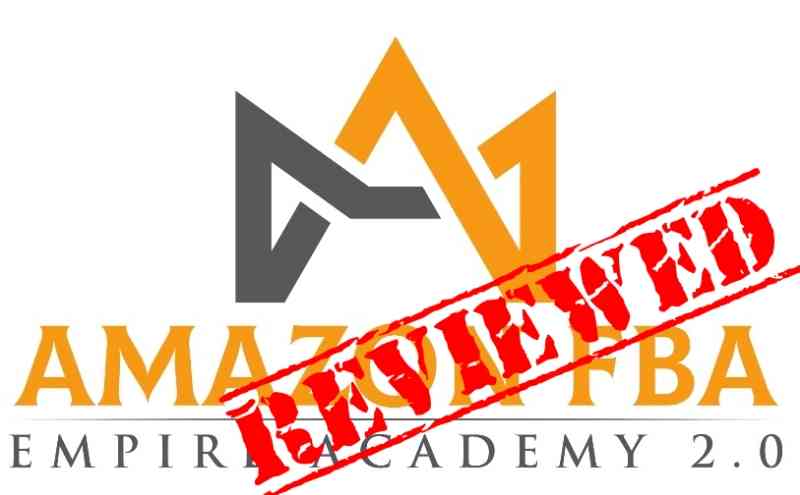 It’s likely that you have come across Amazon FBA Empire Academy 2.0 through an email list, on social media or got it recommended by a friend or family member.

To be totally transparent with you I haven’t used Amazon FBA Empire Academy 2.0 so I can assure you that I will not attempt to sell you on it unless of course it’s worth investing in.

What I will aim to do is provide you with an unbiased 3rd party review of Amazon FBA Empire Academy 2.0 that will hopefully help you to make the correct decision in the end.

SUMMARY: No Amazon FBA Empire Academy 2.0 is not a scam, it’s a legitimate course that may be worth looking into if you’re already a fan of JT or are willing to invest $997 on a FBA course.

In terms of value the course isn’t too bad but, FBA courses like proven amazon course are overall just better value and I would personally suggest looking at that over AFEA if you’d rather spend less on your Amazon FBA training.

WHAT IS AMAZON FBA EMPIRE ACADEMY 2.0? 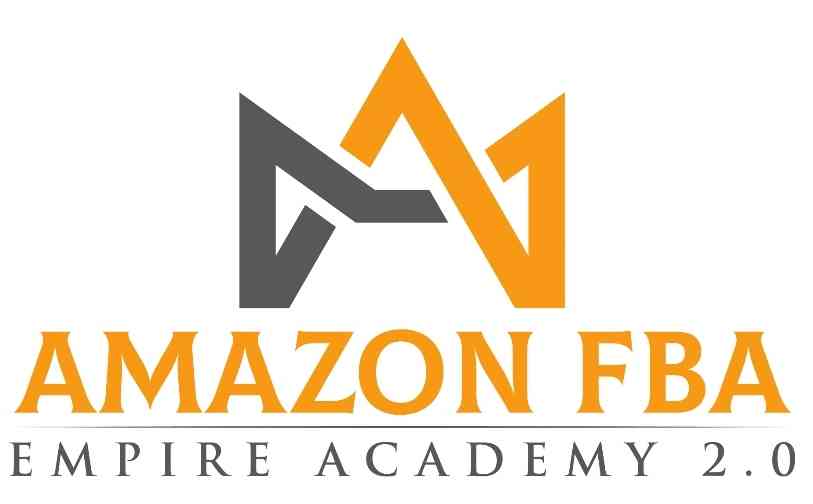 The Amazon FBA Empire Academy 2.0 is of course an updated course of the same name and was created by an individual named Jt Franco, a guy who’s amassed over 60k subscribers on YouTube since starting it in 2017. 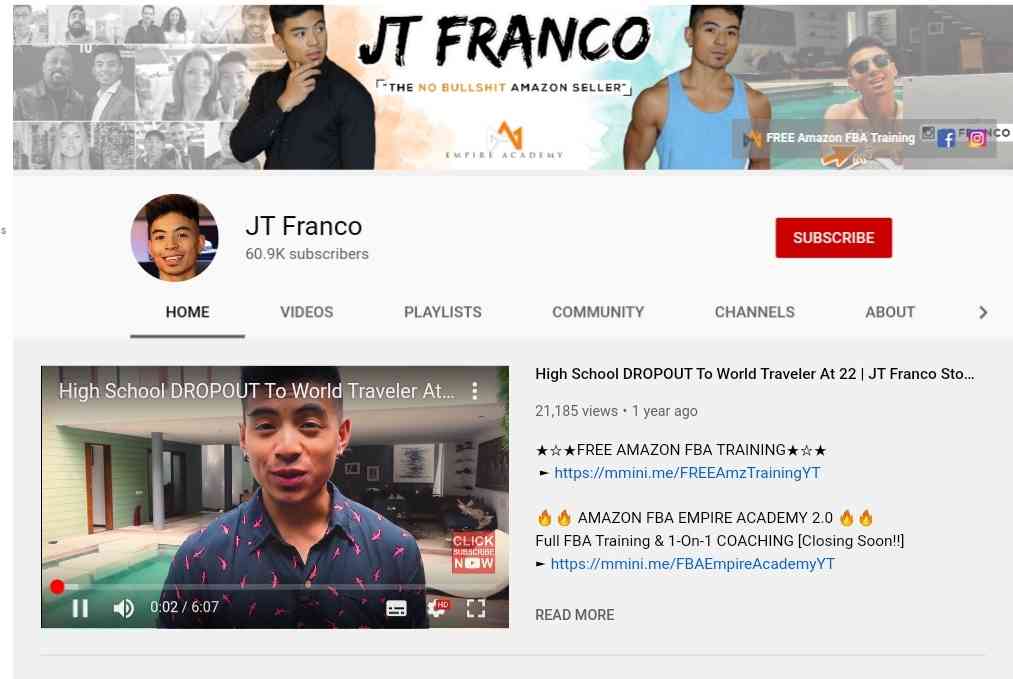 If you know anything about the online business space, particularly on YouTube, the business model that’s seems to be getting a lot of attention always tends to be either a dropshipping course or an Amazon FBA course.

These courses also tend to be produced by some very young individuals and often times the claims made about these course tend to be a little overhyped.

This isn’t to say that even if a course is overhyped it won’t work because there is still a good chance of decent information being within it.

JT Franco, to me at least, does create these very clickbaity videos, throwing around huge numbers to build a following, showing off his lifestyle (to a degree) and it does make you question his legitimacy as a Amazon seller nevertheless, from what I can see, the approach has worked for him.

On top of that, like most other “gurus” he does offer some solid free advice on his strongest subject, amazon FBA, where only recently he put out an hour long video going over the basics of getting your amazon biz moving in the right direction. At the moment he’s got a very active channel too.

I’ve no doubt that the majority of income he makes is through the selling of his FBA course but, as I said that doesn’t necessarily mean he doesn’t know what he’s talking about so that’s what I’ll go over in the next section of this review.

AFEA is genuinely a very detailed course as it offers well over 30 hours of content on the subject of getting your amazon FBA business flowing in the right direction and with the quite recent 2.0 update, I’m sure the content is reasonably up to date.

Of course I doubt that JT provides info at the cutting edge of the industry at the moment as I doubt cutting edge info is his primary focus.

As for what you’ll find within the course, according to my research it’ll include :

Besides the training you’ll also get access to the following resources :

HOW MUCH DOES AMAZON FBA EMPIRE ACADEMY 2.0 COST?

The course does appear to offer a lot of content therefore, JT really hasn’t held back all that much in the pricing of the course.

Of course as the business you’ll be delving into is an amazon FBA business, the true cost of the whole model will be well over $2k or even $3k to launch a single product so, in total the costs will be a ton more than the likes of dropshipping for one.

If that’s a cost you can handle along with the courses pricing, then maybe AFEA could be worth it for you.

The Course And Business Model Are Expensive

Although this $997 price range is quite normal in todays course market, it doesn’t necessarily mean that the course in question is worth.

This is a problem that’s brought to light more when other amazon courses like proven amazon course cost literally half of of what AFEA offers yet with equally good if not better content.

Furthermore, the whole business model is super expensive as well, likely setting individuals back $2k – $5k if not more before discovering a winning product.

Even though the info JT provides isn’t cutting edge, it’s still info that has lead to individuals genuinely making money where JT has created over 100 6 figure earners and a couple millionaires too.

So in that sense atleast the content within the course does work.

The Bonuses Are Decent

The 1 on 1 emailing, live Q&A sessions and  the mastermind group are all good bonuses on top of the full training so, this is another positive in my opinion.

No Amazon FBA Empire Academy 2.0 is not a scam, it’s a legitimate course that may be worth looking into if you’re already a fan of JT or are willing to invest $997 on a FBA course.

In terms of value the course isn’t too bad but, FBA courses like proven amazon course are overall just better value and I would personally suggest looking at that over AFEA if you’d rather spend less on your Amazon FBA training.