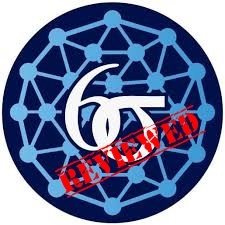 It’s likely that you have come across Six Sigma Trade through an email list, on social media or got it recommended by a friend or family member.

First and foremost I must commend you for actually doing a bit of extra research before committing to joining Six Sigma Trade. For all you could have known, the product could be a major scam so the fact you’re here right now, researching whether or not that’s the case is a pretty smart move on your part.

To be fully transparent with you, I am personally not a member of Six Sigma Trade so I can assure you that I will not attempt to sell you it unless of course it’s worth investing in.

What I will aim to do is provide you with an unbiased 3rd party look at Six Sigma Trade that will hopefully help you to make the best decision you can in the end.

SUMMARY: Yes I do believe that Six Sigma Trade is a pyramid scheme and a scam. This is because of how the business is super reliant on recruitment to keep going, the issue with it possibly committing securities fraud along with all the shady and untrustworthy marketing material.

In short, if you want to make legitimate money through an online MLM opportunity, I personally would not place Six Sigma anywhere near the top my of list.

WHAT IS SIX SIGMA TRADE? 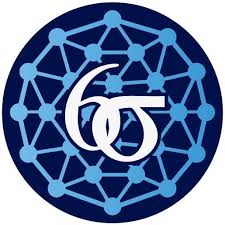 Six Sigma Trade appears to be yet another one of these somewhat outlandish and overhyped investment based MLM’s however, this time the company provides little to no legit information about itself and even more often than not comes across as a shill company (to an extent)

First of all the owner is said to be an individual named Sura Bianca, who is for some reason described as being a tech-savvy goddess (I know very humble).

The weird thing about Sura is that within one of the marketing materials for Six Sigma where the company supposedly holds a launch dinner/event, she is nowhere to be seen.

It’s only in a later video where she shows up. Now I don’t know about you but, if I were to ever hold a launch event I’d most definitely be at the launch dinner.

This singular aspect of this video does lead me to question the legitimacy of Sura actually being who she claims to be, in fact I’m more inclined to believe that she’s an actor.

Another bit of misinformation includes the New Zealand address of the company not being their true corporate address. In short, there are a lot of inconsistencies about the company and through this little bit of digging of Six Sigma, it definitely does not come across as a very reliable entity.

As for the age of the company, its youtube channel shows it was launched sometime in early January 2020 whilst the registration of the company domain happend a bit earlier in September 27th 2019.

Six Sigma does not offer any retail products for non affiliate customers, which simply means that the only way to get involved with the company is by becoming an affiliate.

This is actually a pretty big problem, mainly because bodies like the FTC tend to deem this characteristic as pyramid scheme like.

HOW DO YOU MAKE MONEY WITH SIX SIGMA TRADE?

There are 2 ways to make money with Six Sigma.

1. The first method is through a return on your investments made

2. The second method is through recruitment and residual commissions made a s a result.

There are quite a few elements to the compensation plan so, in this section of the review I’ll go over some of the more core elements to it so that you know how Six Sigma will pay you out.

Firstly, i’ll cover the affiliate ranks within the company along with the criteria necessary to achieve them :

The first way to make money with Six Sigma is through the investments you make, with the company claiming they’ll pay out the following amounts :

The payout will only occur for 52 weeks after which an affiliate will need to invest again.

Six Sigma will pay out 50% of investment sales volume generated through the amount of money invested by someone you personally recruit.

A further 10% can be earned if an affiliate also fills in the presenter form.

Six Sigma pays out residually following a binary structure. This simply means that an affiliate will be placed at the top of the structure and be able to recruit an individual on the right and left legs. These recruited affiliates as well as there recruits will have the possibility to recruit and earn infinitely vertically within the binary structure.

At the end of each payment day Six Sigma tallies up the investment sales volume and pays the affiliate at the top a percentage of the sales from the side of the structure that has the lower investment value.

These commissions are a percentage of returns paid to downline affiliates. The payment is determined through a unilevel structure where an affiliate will be able to earn and recruit horizontally infinitely but vertically the earnings are capped. The cap in this case occurs at the 10th level.

There are also various other ways to make with Six Sigma such as through a rank achievement bonus, a myriad share bonus and a hall of fame share bonus.

Recruitment Is Crucial For The Company

Not only is it the only way to guarantee making money with Six Sigma but, it’s also the main reason the business is able to remain afloat too. This is because through recruitment they’re generating more money and possibly able to even pay out the ROI to some of the earlier adopters, who will then recruit others in and generate more money for the company.

However, once recruitment dies down so will Six Sigma and of course newer affiliates will then not actually make money.

This recruitment structure is also what ponzi schemes tend to utilise and that’s obviously a massive red flag.

As the company deals in passive income returns, it is then in turn required to be registered to the securities governing bodies in each region it operates in however, as far as I could find this does not seem to be the case.

This in turn does mean that there’s a good chance that Six Sigma is committing securities fraud.

There is literally nothing good about Six Sigma Trade in my opinion.

Yes I do believe that Six Sigma Trade is a pyramid scheme and a scam. This is because of how the business is super reliant on recruitment to keep going, the issue with it possibly committing securities fraud along with all the shady and untrustworthy marketing material.

In short, if you want to make legitimate money through an online MLM opportunity, I personally would not place Six Sigma anywhere near the top my of list.