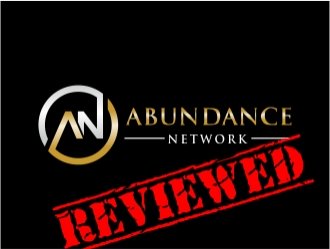 It’s likely that you have come across Abundance Network through an email list, on social media or got it recommended by a friend or family member.

First and foremost I must commend you for actually doing a bit of extra research before committing to joining Abundance Network. For all you could have known, the product could be a major scam so the fact you’re here right now, researching whether or not that’s the case is a pretty smart move on your part.

To be fully transparent with you, I am personally not a member of Abundance Network so I can assure you that I will not attempt to sell you it unless of course it’s worth investing in.

What I will aim to do is provide you with an unbiased 3rd party look at Abundance Network that will hopefully help you to make the best decision you can in the end.

TYPE OF PRODUCT: SMS based MLM

SUMMARY: I personally do think that Abundance Network is a pyramid scheme and a scam. It’s a system I highly recommend you skip because it has too many huge red flags to not be cautious of it.

Firstly, the only way to earn with company is by recruiting others who simply buy a intangible valueless product, the owners background working within the industry is terrible, maassive mobile network within the world calling you out as a pyramid scheme is another issue and of course the really low success rate within the MLM industry, are few reasons why AN just isn’t a good company to work for.

In fact, it’s one I’d suggest you darn right avoid!

WHAT IS ABUNDANCE NETWORK?

AN doesn’t really allow you to access any kind of information on their website, all you’re given is the option to sign up to their affiliate program. There’s no information on who the owners are, what products they sell and anything else that’s relevant.

However, after doing a bit of digging, within their terms and conditions, I did find that they mention a different company name called Autom8tion LLC multiple times, which leads me to believe that AN is likely owned by that company.

Autom8tion LLC itself is based in Utah and is owned by a fella named Jeffrey Alan Long, better known in the MLM industry as Jeff Long. So, in turn at best I can assume that Jeff Long is the owner of Abundance Network, which isn’t really a good think considering his background. 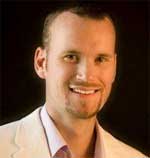 Jeff first got into the MLM scene in around 2011 where he initially created the company called AutoXten, which was a recruitment scheme. This scheme collapsed and he moved onto another venture called SMS Dallies which also collapsed not too long after starting up.

After those companies collapsed he started working within other shady institutions and pyramid schemes, ponzi cyclers to ponzi altcoins. This includes Luvv which collapsed a few months after launch, his own business called 1 Online Business, which was a ponzi cycler scheme and of course and the ponzi altcoin in NewUFinancial.

And now, not too long ago in mid 2019, he decided to launch yet another shady company in the form of Abundance Network, which appears to be a SMS/mobile network where when people call your number they receive an automated 5 minute message that takes potential customers through a step by step process until they’ve enrolled into AN.

This is what is called a “Press1” SMS which simply means when a potential prospect calls your number, they’d be directed to the automated message and not to you directly.

I don’t completely understand how this works so, AN does come across as a poor system to me nevertheless, I’ll go over the business offered to you below so, that you can make a decision on whether AN fits your own criteria.

AN doesn’t offer any kind of tangible products to its members, members are only asked to use that automated SMS feature to enroll others. This in turn means the only way to make money with the company is by selling the membership to other potential prospects.

The lack of tangible products or products with value often mean the system in question has pyramid scheme like qualities, which obviously isn’t what any legitimate company would want to associate themselves with.

Furthermore, through my research I found that mobile network providers AN previously worked started labeling the SMS and automated messages as spam so, that should also tell you how trustworthy or legit Jeff’s system.

When you consider the core premise behind AN’s model is basically to get people to signup to the membership and in turn get paid 100% of the commission from that sale, Abundance Network also has the qualities of a shady cash gifting system.

Well at least they were more more prominent in this regard before the relaunch and update of the compensation plan in August 8 2019.

HOW DO YOU MAKE MONEY WITH ABUNDANCE NETWORK?

As is the case with pretty much all MLM businesses there are 2 ways to make money with them, Abundance Network being no exception.

In order to join AN, you’d need to invest $200 and sign up under an already existing member

If an affiliate wants to become a Master Reseller, they will need to invest $697. Master affiliates seem to be the only individuals who can earn residually through the compensation plan whilst also getting access to a few extra features.

AN uses a 2 level MLM system to determine how much an affiliate can earn and the amount that can be earned is also determined by the rank of an affiliate.

Normal affiliates will earn different amounts of money depending on which package a recruit of theirs decides to buy in at.

This of course is the commission from.the updated August compensation plan which was created in order to move away from the pass up cash gifting structure of their initial plan however, even with the update I still doesn’t come across as legitimate company.

This is because the product doesn’t seem to have anything valuable about it, which is often the number one reason a MLM company tends to be shut down.

Recruitment Is Essential For Success

Considering the only thing you can do is sell the membership in order to make money, it only makes sense that the only way to get any kind of results through AN will be via recruitment.

This shows that even after their relaunch, the company still decided not to implement a retailable product and in short just became a very obvious, in my opinion, pyramid recruitment scheme that should be avoided, especially if you don’t want to waste your time and money earning in a very shady way.

The Owner’s Background Is Terrible

Maybe Jeff does want to help people out and maybe he doesn’t want to “Scam you” (I know it’s pretty unlikely) but, considering his terrible history working with or creating ponzi schemes since 2011, it’s very hard to trust in the guy considering he just doesn’t seem to to ever create or work with legitimate trustworthy products.

Therefore, Jeff’s terrible background in the MLM and business scene, in my opinion, does not make it seem like working for the guy would be worth the risk.

Mobile Networks Seen To Be Labelling Their Texts As Spam

If a massive corporation literally a few months after launch are already trying to stop your business premise from doing what it was made to do, why shouldn’t potential members be cautious of the company right?

In this case, mobile providers such as Cash App, Venmo, Twilio, Nexmo shut down AN’s service due to its pyramid scheme like business model.

This is another obvious red flag and one you should really consider if you were planning to join.

There’s literally nothing good I can say about AN so, that should tell you where I stand with the company.

IS ABUNDANCE NETWORK A PYRAMID SCHEME/SCAM?

I personally do think that Abundance Network is a pyramid scheme and a scam. It’s a system I highly recommend you skip because it has too many huge red flags to not be cautious of it.

Firstly, the only way to earn with company is by recruiting others who simply buy a intangible valueless product, the owners background working within the industry is terrible, massive mobile network within the world calling you out as a pyramid scheme is another issue and of course the really low success rate within the MLM industry, are few reasons why AN just isn’t a good company to work for.

In fact, it’s one I’d suggest you darn right avoid!